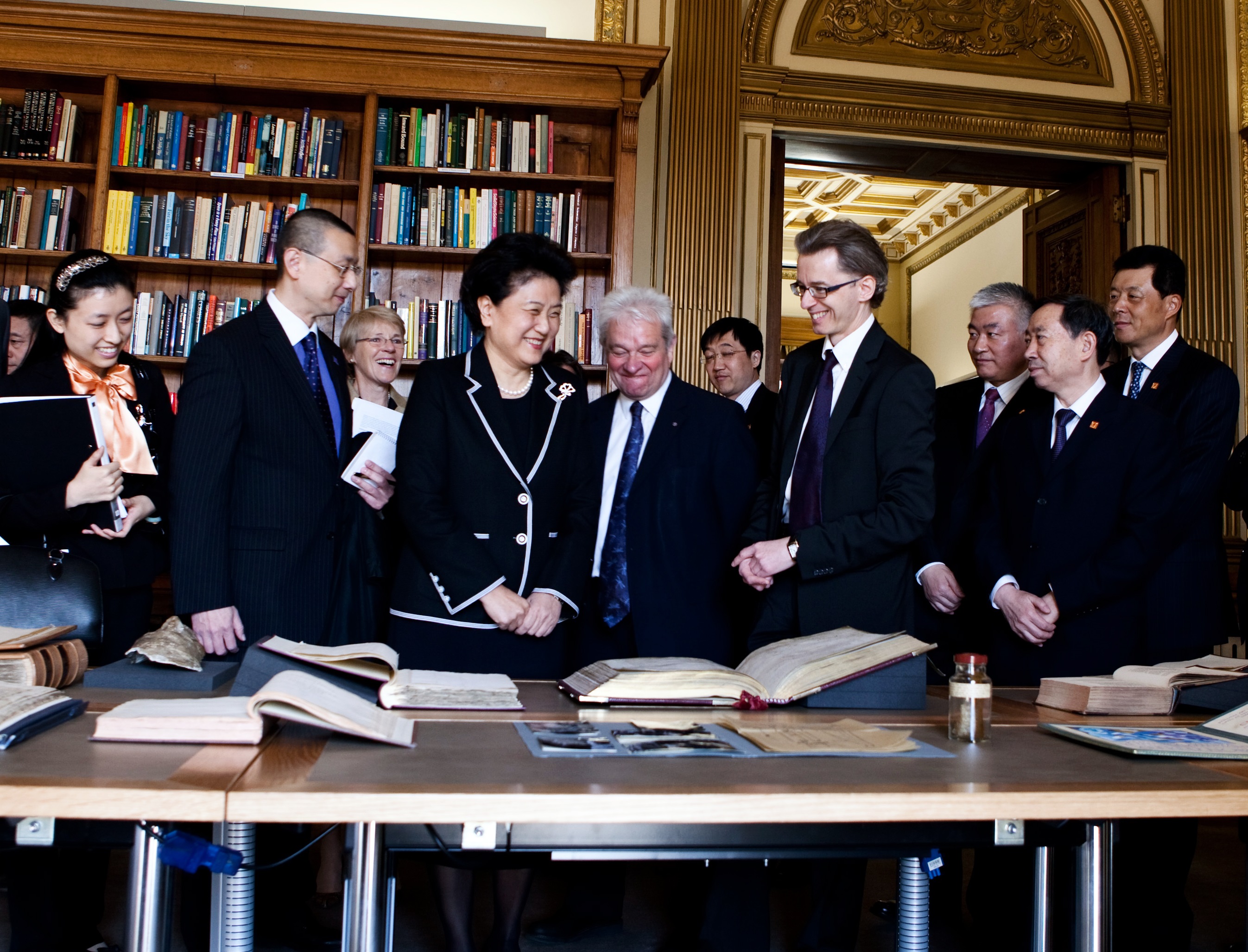 Liu Yandong, Vice Premier of the People's Republic of China, on a visit to the Royal Society in 2013

The Royal Society has enjoyed a long, rich history of exchanges across Asia.

The Society has also long-recognised the importance of Indian science, having elected its first Indian Fellow, Ardaseer Cursetjee, in 1841.

The Society has maintained strong links with academies in both South Korea and Japan through hosting a series of bilateral research conferences that bring together scientists and policymakers to collaborate on a broad range of scientific areas. The Society has supported pioneering science diplomacy initiatives. For example, in 2013 the Society helped to facilitate a collaboration between UK and DPRK scientists to research earthquake activity beneath the Mount Paektu volcano.

Find out about funding opportunities for scientists wishing to collaborate with their counterparts from the region.