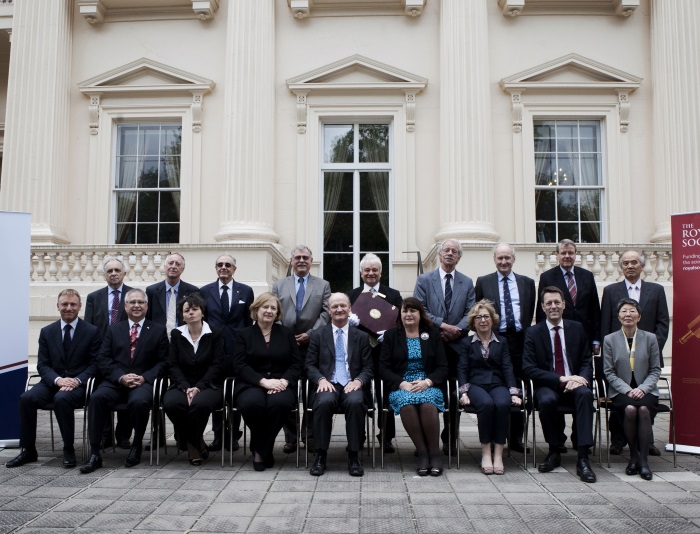 Under the UK’s G8 Presidency, the Society held a meeting of G8 Science Ministers and Academy Presidents in 2013

Addressing the world’s challenges requires international collaboration. We use the expertise of the Fellows and Foreign Members to advise decision makers on global issues.

The Society recognises and supports excellent scientists around the world through its many schemes which are open to UK and international scientists.

The Royal Society is also a Delivery Partner for the UK government's Newton Fund.

The Royal Society is a member of the International Science Council and the Interacademy Partnership (IAP), which are both global networks of scientific academies and organisations.

The InterAcademy Partnership (IAP) produces reports, such as ones issued in May 2022 on Health in the climate emergency – a global perspective, and March 2022, on Combatting predatory academic journals and conferences which also has a summary report available in Arabic, Chinese, English, French, Portuguese, Russian, and Spanish. IAP also produces shorter communiques, such as the recent ones on international health data sharing (issued March 2022), Covid-19 pandemic (issued March 2020), Development and Distribution of Vaccines against COVID-19 (issued September 2020) and Protection of Marine Environments (issued June 2020). It also produces statements, such as the recent one on Regenerative Medicine (July 2021).

In partnership with other academies, the Society provides authoritative scientific advice to the United Nations and its agencies, the G7/G8/G-Science Academies meetings, and other influential global decision-making bodies.

The Royal Society considers academic freedom to be central to the practice of science, and believes it is key to the Society’s purpose to promote excellence in science, support international collaboration and demonstrate the importance of science to everyone. It is essential that individuals and institutions have the freedom to carry out teaching and research activities without fear of discrimination, censorship, or other restrictions that would prevent them from carrying out their scientific work. Read the Society’s statement on academic freedom (PDF). The Society also opposes blanket academic boycotts.

The UKHRC acts in support of academic freedom around the world through information-sharing, awareness-raising and advocacy, both in general and through responding to individual alerts issued by the International Human Rights Network of Academies and Scholarly Societies  and Scholars at Risk, both of which identify  incidents where researchers worldwide have been subjected to repression. The UKHRC’s practice is to act in cases where there is evidence that the human rights of an individual researcher have been violated or denied because of their academic/scientific work.