Henkjan Honing recently guest edited an issue of Philosophical Transactions B exploring the biological origins of musicality. We quizzed him to find out more…

Henkjan Honing is Professor of Music Cognition at both the Faculty of Humanities and the Faculty of Science at the University of Amsterdam. He recently guest edited an issue of Philosophical Transactions B exploring the biological origins of musicality. We quizzed Prof Honing to find out more… 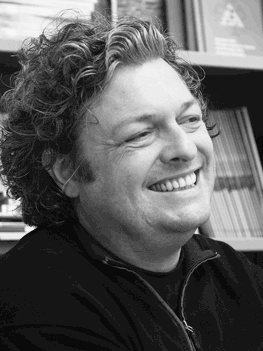 What is musicality and how is it linked to biology?

Musicality is a complex of biological and cognitive mechanisms allowing us to perceive, appreciate and make music. It can be defined as a natural, spontaneously developing set of traits based on and constrained by our cognitive and biological system. Each component of musicality has its own underlying neural mechanisms and evolutionary history that can be studied at the present time.

Why do we need music?

From an evolutionary perspective, this is unclear. Darwin suggested that music had no survival benefits but it offered a means of impressing potential partners, thereby contributing to reproductive success. Another view stresses the role of music in promoting and maintaining group cohesion. There are lots of complementary or partially overlapping theories like this. The current challenge is how to properly test these theories and provide them with empirical evidence.

Are all animals ‘musical’?

Some of the constituents of musicality may be uniquely human, while others are shared with several species, including humans, and as such have a longer evolutionary history. We refer to this in the issue as the multicomponent perspective on musicality.

How did the special issue came about?

It was a direct result of an international workshop held in April 2014 during which it became clear that reframing the available empirical evidence and proposing a research agenda on musicality were both important and timely. It was very exciting to have twenty-three experts from a wide range of disciplines (cognitive biology, cognitive neuroscience, neurobiology, animal cognition, molecular genetics, musicology, anthropology, developmental psychology, computational cognition) discussing and eventually agreeing on the many facets of such a research agenda, providing the momentum for this theme issue.

My own research has focused mainly on rhythm and beat perception, argued to be one of the key ingredients of musicality. We study this in adults (musicians and non-musicians) and newborns, and also in monkeys and songbirds. My plan is to extend this research to some of the other potential building blocks of musicality, again collaborating with experts from other fields since the preparation of this issue made it clear once more that interdisciplinary research is the key to scientific insight into relatively new domains.

‘Biology, cognition and the origins of musicality’ published on Monday 2nd February 2014. Interested in guest editing an issue of Philosophical Transactions B? See here for more information.