To celebrate 350 years of scientific publishing, we are inviting our readers to tell us about their favourite papers from the Royal Society archive. Today Uta Frith, Emeritus Professor of Cognitive Development at UCL, tells us about a very unusual paper that caught her eye.

"I was awestruck at being able to see the original. Here was a precursor of behavioural science, reporting on the behaviour of this celebrated child genius." 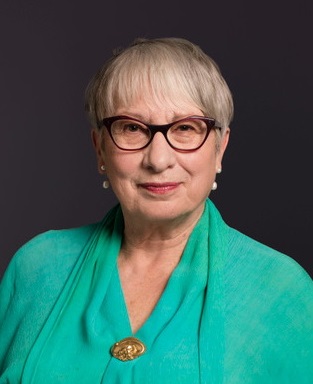 Uta Frith is Emeritus Professor of Cognitive Development at UCL. She has specialised in the study of neuro-developmental disorders, in particular autism and dyslexia. She has been co-editor of several special issues of Philosophical Transactions B. Follow her on Twitter @utafrith.

When I became a Fellow of the Royal Society my first quest in the library was the Daines Barrington paper on the 8-year-old Wolfgang Amadeus Mozart. I was awestruck at being able to see the original. Here was a precursor of behavioural science, reporting on the behaviour of this celebrated child genius.

The paper is based on a single meeting when Leopold Mozart and his two children, Wolfgang and Nannerl, were staying in London, having arrived from Paris where the accompanying print was made. Barrington explicitly refers to this print as evidence of distinction. London was the last leg of a long concert tour through various European capitals. Audiences everywhere were astounded at Wolfgang’s precocious talent. They were also a bit suspicious. Were his extraordinary performances merely a product of coaching? Was he actually older than he was given out to be?

When Daines Barrington visited the Mozarts at their lodgings in Chelsea, he was in his late thirties, no doubt looking quite formidable in his imposing wig. He was a Fellow of the Royal Society and a Fellow of the Society of Antiquaries. He corresponded with Gilbert White, the parson-naturalist of Selbourne, and made observations on song birds. Was it their shared passion for observing birds that gave rise to the idea that the same ecological methods could be applied to children? If so, Barrington was about two centuries ahead of his time. Naturally, the methods of observation he used are rather crude to our modern eyes, but, the crucial point is that he gives concrete examples of behaviour and not just opinions.

Barrington laid any suspicions as to Wolfgang’s age completely to rest. However, he knew the value of objective evidence and he procured a birth certificate before submitting his paper. The account leaves no doubt that Wolfgang really was a normal little child: he broke off doing the tests that Barrington had set him to ride a hobby horse and to play with a cat. However, Wolfgang’s skill at sight reading and improvisation was way beyond his years: he sang, he played the harpsichord and the violin, and he performed while a handkerchief covered the keys. When requested, he also produced some operatic pieces expressing specific emotions. Barrington took pains to convey the dazzling performance to readers who might know little about musicianship. There is the nice little detail that Wolfgang was angry with his father at missing some notes as they played duets. It must have been hard to keep up with this amazing child! Even at this age Wolfgang was not just an imitator, but also a composer, though only when the mood took him. According to his father this could be in the middle of the night.

Barrington states that Wolfgang’s ‘astonishing readiness did not arise merely from great practice’. He inferred this from the observations that Wolfgang spontaneously supplied a pleasing bass melody to a new tune. Even today, after a century or so of scientific study of child development, precocious talent remains a mystery. I know this, because in 2009 Francesca Happé and I edited a special issue of the Philosophical Transactions on Talent and Autism. We are still as curious about talent now as people were in the 18th century.

Philosophical Transactions B recently published an issue on ‘Biology, cognition and origins of musicality’.