Robin Weiss, Emeritus Professor of Viral Oncology at University College London (UCL), answers a few of our questions on Sloane's 1755 paper on smallpox.

For the special issue of Philosophical Transactions B celebrating the 350th anniversary of the journal, Robin Weiss has written a commentary on one of the older highlights from our archive, Sloane’s 1755 paper on the prevention of smallpox.

Why was Sloane’s paper a landmark publication?

It was not so much a discovery paper as an account of Sir Hans Sloane’s experiences with inoculation some 15 years before he wrote the account and 30 years before it was published. It was a landmark because it described the new state of the art of protection against smallpox and illustrated how the evidence for protection was assessed. 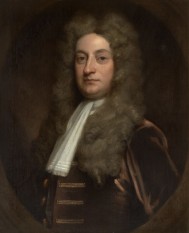 How widespread and detrimental was smallpox at the time?

Smallpox was sporadically widespread and it had 15-30% mortality. It was a dreaded disease. In 1721, an epidemic was particularly severe and that was when Sloane encouraged Princess Caroline to inoculate her children.

You talk about Lady Mary Wortley Montagu in your paper – can you tell us how she was such a pioneer?

Lady Mary observed inoculation in Constantinople and had her son inoculated there. She was largely responsible for bringing the practice to England.

What tools did Sloane and his colleagues have available to them? How does that compare to now?

The technique of inoculation with pus from smallpox vesicles in Sloane’s time was not vastly different from vaccination in the 19th and 20th centuries, though more dangerous. Of course, there was no cold chain or refrigeration to store stocks for inoculation. The ethics of testing its safety and efficacy on prisoners and then on orphan children differs from today’s clinical trials of vaccines, but the process of testing first safety and then efficacy was similar.

What single piece of knowledge has improved the success of disease prevention by vaccination or inoculation?

Edward Jenner‘s introduction of vaccination against smallpox with cowpox has probably saved more lives than any other procedure in preventive medicine. It also set a model for developing immunization against other infectious diseases.

Do you think that the current anti-vaccination movement will have an effect on how disease prevention is carried out in future?

There have been anti-vaccination movements ever since vaccination was developed over 200 years ago. It’s a nuisance because it hinders public health and saving unnecessary deaths in children and adults. But it has not had a huge effect. I do not imagine that the anti-vaccination movement will significantly change how disease prevention is carried out in the future. New technologies for safer vaccination and for success with difficult diseases such as TB, AIDS, malaria and dengue will make a big difference. The current vaccines being tested against Ebola use modern recombinant DNA methods of making the immunogen, but are based on well-tried procedures pioneered by Edward Jenner and by Louis Pasteur.