Meet our Editors: An interview with John Hutchinson

John Hutchinson is Professor of Evolutionary Biomechanics at University College London’s Royal Veterinary College, and is an Associate Editor for Proceedings B.

Professor Hutchinson tells us what fascinates him about evolutionary biomechanics, and how researchers are tackling the biggest challenges in this multidisciplinary field.

John Hutchinson is Professor of Evolutionary Biomechanics at University College London’s Royal Veterinary College, and is an Associate Editor for Proceedings B. Here, he tells us what fascinates him about evolutionary biomechanics, and how researchers are tackling the biggest challenges in this multidisciplinary field. 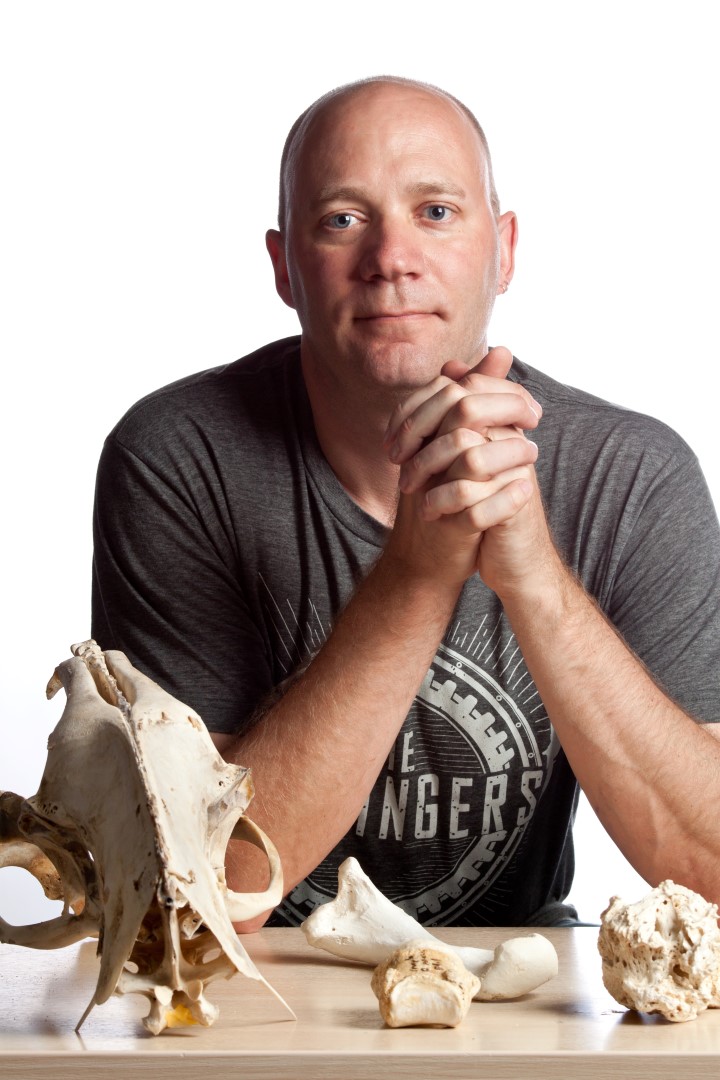 I study how form, function and behaviour are linked in vertebrate animals and how they evolve, especially in concert with body size and across major transitions such as the origin of birds or the water-land transition in the first walking vertebrates (tetrapods). A major question I’ve long been interested in is how giant body size constrains the locomotor abilities of land animals: is an animal the size of an elephant always similarly constrained in its range of locomotor abilities, or is there still room for functional diversity at such sizes? To answer such questions, we have to be able to reconstruct form (e.g. soft tissues) and function (e.g. joint mechanics) in extinct animals and do this for a phylogenetic series of these taxa to infer evolutionary patterns. And we have to test how well any methods we use, such as computer models and simulations, work for real living animals, especially relatives of extinct ones (e.g. ostriches or guineafowl for dinosaurs; salamanders for early tetrapods). So I get to have a lot of fun working with living things and with fossils, from many groups and time periods and with diverse behaviours. I really like that because every day is different and I’m always learning new things.

What prompted you to work in this field?

My father was a scientist and ensured that I was always surrounded by science and nature as a kid, which I couldn’t get enough of. As an undergrad, I first wanted to be a marine biologist, but got distracted by classes in evolutionary biology/palaeontology and then Jurassic Park, so I strayed into vertebrate studies. I took a functional morphology course and loved it. Once I headed for grad school, I settled on marrying these areas of interest to study how locomotor function evolved in giant land animals, and started by tackling the problem of how Tyrannosaurus rex moved. I quickly added in other studies of elephants, crocodiles, birds and other species, following my enthusiasm wherever it led, which happened to be chasing questions that hadn’t been broached with modern methods such as computational biomechanics. I carved out a niche that continues to have lots of room for new science, keeping my work refreshingly exciting for me and letting me collaborate with (and mentor) some wonderful scientists worldwide.

My childhood immersion in science and nature (and computers too) were unquestionably the most important in making me want to be a biologist. However, I also had fantastic mentorship from numerous faculty at the University of California in Berkeley, which shaped me as a scientist and helped me grow up quickly during grad school.

The disciplines of evolution and biomechanics still are strange bedfellows; few scientists truly straddle these boundaries, but more and more are trying to. To unify form and function in phylogeny, we need to unify these perspectives, which will help illuminate how key behaviours evolved and what fundamental principles constrain the evolution of form, function and behaviour. Development also needs to become a part of this synthesis and the challenge of inferring function in extinct animals still remains a big one. We still don’t understand how a lot of behaviours work in living animals, which holds back palaeontological studies of their relatives or analogues. So we need to make progress on numerous fronts simultaneously. I think we are, and I’m constantly challenging myself by adding in new perspectives to my studies such as histological analysis or molecular data, so that my team can lead part of this progress.

Why did you join the Proceedings B Editorial Board?

Proceedings B is a journal with a fantastic reputation and storied history. A lot of superb papers in my fields have been published there. I was seeking to have more of an impact on the editorial/publishing side of my disciplines, and so I sought out to become an Associate Editor. I have not been disappointed – the quality of the manuscripts I get sent to consider is consistently very high, and I have to make a lot of very challenging decisions.

What advice would you give to someone who wants to submit to Proceedings B?

Look at other papers that have been published there in your area and consider how well your paper stacks up against it. Competition for space is intense so even some very good papers have to get rejected. Think in advance how you’ll handle open access and open data – the latter, at least, is mandatory and takes some forethought. “Contact the authors for data” is just no longer acceptable. Publishing is evolving quickly and it behoves all scientists to stay aware of where it is going, and decide where they stand on various important issues.

What do you do in your spare time?

I spend quality time with my family, I’m very active on social media in science communication (e.g. my blog What’s in John’s Freezer? and Twitter), I travel the world, I enjoy good cuisine, art and movies/TV/video games, I practice karate, and I still get out to enjoy being out in nature when I can.

If you weren’t a researcher, what would you be doing instead?

Possibly a fiction author or involved in making movies, and/or a mediocre vocalist for a rock band. It’s hard for me to really imagine what could have been, I am so utterly committed to what I do, but I could see those career paths having led somewhere.