The role and history of percussive technology in human evolution

Dr Ignacio de la Torre is a Professor at the Institute of Archaeology, University College London. As a Palaeolithic archaeologist, he is particularly interested in lithic technology and the study of Pleistocene site formation processes. Together with Dr Satoshi Hirata, he has edited an issue for Philosophical Transactions B on ‘Percussive technology in human evolution’. We asked Ignacio a few questions about this topic. 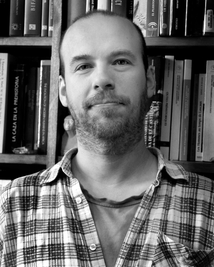 What do we mean by ‘percussive technology’?

Generically, percussion technology refers to the set of actions involved in striking one solid body against another. A number of species use percussive technologies in one way or another, from crows that drop candlenuts onto rocks to crack them open and sea otters that smash molluscs against stone anvils, to capuchin monkeys and chimpanzees that use organic and stone percussors and anvils to crack open nuts, and past and present humans which use percussive tools in a wide range of activities.

Can you summarise the issue for us?

Although several animal species are known to use percussive technologies, this issue focuses on use within our Order, i.e. Primates, and explores the evolutionary implications of this shared technology among various members of the human lineage. It includes studies on Brazilian capuchins, captive chimpanzees and chimpanzees in the wild; the use of percussive technology among modern humans and recent hunter-gatherers in Australia, the Near East and Europe; and archaeological examples of this behaviour over the last million years. The aim of the issue is to showcase the breadth of topics and the interdisciplinary character of this vibrant line of research, which is of interest to evolutionary psychologists, primatologists, anthropologists and archaeologists.

When and where were stone tools first used?

Had you asked me this question only a few months ago, my answer would be that the first stone tools were documented in the archaeological record of 2.5 million years ago. However, Paleoanthropology is an extraordinarily dynamic field, and new discoveries are placing the earliest evidence of stone tool technology at (at least) 3.3 million years ago, so 800,000 years earlier than we thought. This has wide implications for discussions on the biological and cultural evolution of the human lineage. As to the where, current evidence indicates that the earliest stone tools appeared in East Africa.

Most researchers will agree that the pervasive use of percussive technology was a fundamental milestone in human evolution. Darwin himself proposed that tool use changed selection mechanisms involved in human evolution, which stopped being exclusively shaped by biological forces to also include cultural ones. Darwin’s predictions have been proved correct, and the paleoanthropological record currently reveals a clear correlation between increasing sophistication of stone tool technology and the progressive reduction of the dental apparatus and accelerated encephalization in our Genus.

Are we still making new discoveries in the field?

Absolutely. It has only been in the last few years that we have learned that Capuchin monkeys and long-tailed macaques use percussive technology on a systematic basis to process foodstuff, and it was only a few months ago when it was discovered that our ancestors were making stone tools 3.3 million years ago. These discoveries, based on fieldwork, are complemented by extremely relevant laboratory research on the cognitive, social and physical demands of percussive technology, and together they are dramatically advancing our discipline.