GM crops feed much of the world today – why not tomorrow’s generations?

Read Venki Ramakrishnan's thoughts on why the use of GM crops needs a well-informed debate based on an assessment of the evidence.

'The World Bank estimates that we will need to produce about 50% more food by 2050 to feed a population of nine billion people...' 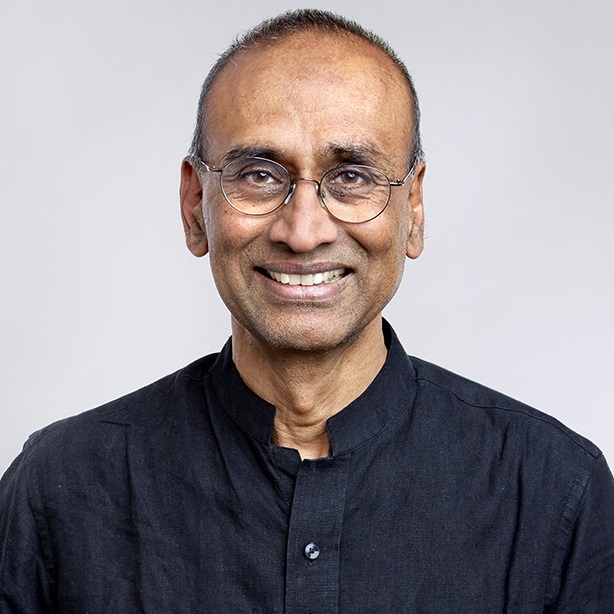 My parents researched malnutrition and under-nutrition in India, especially among children, and found that many diets recommended by Western nutritionists were in fact completely inapplicable to the poor. So they formulated cheap, healthy diets based on indigenous food with which people were familiar. Yet despite their many other efforts, a quarter of people in Indian and nearly one in nine people around the world do not have enough food to live a healthy active life.

The World Bank estimates that we will need to produce about 50% more food by 2050 to feed a population of nine billion people. And the past 50 years have seen agricultural productivity soar – corn yields in the US have doubled, for example. But this has come with sharp increases in the use of fertilisers, pesticides and water which has brought its own problems. There is also no guarantee that this rate of increase in yields can be maintained.

Just as new agricultural techniques and equipment spurred on food production in the Middle Ages, and scientific crop breeding, fertilisers and pesticides did so for the Green Revolution of the 20th century, so we must rely on the latest technology to boost food production further. Genetic modification, or GM, used appropriately with proper regulation, may be part of the solution. Yet GM remains a highly contentious topic of debate where, unfortunately, the underlying facts are often obscured.

Views on GM differ across the world. Almost half of all crops grown in the US are GM, whereas widespread opposition in Europe means virtually no GM crops are grown there. In Canada, regulation is focused on the characteristics of the crop produced, while in the EU the focus is on how it has been modified. GM crops do not damage the environment by nature of their modification; GM is merely a technology, and it is the resulting product that we should be concerned about and regulate, just as we would any new product.

There are outstanding plant scientists who work on GM in the UK, but the Scottish, Welsh and Northern Irish governments have declared their opposition to GM plants. Why is there such strong opposition in a country with great trust in scientists?

About 15 years ago when GM was just emerging, its main proponents and many of the initial products were from large multinational corporations – even though it was publicly funded scientists who produced much of the initial research. Understandably, many felt GM was a means for these corporations to impose a monopoly on crops and maximise their profits. This perception was not helped by some of the practices of these big companies, such as introducing herbicide resistant crops that led to the heavy use of herbicides – often made by the same companies.

The debate became polarised, and any sense that the evidence could be rationally assessed evaporated. There have been claims made about the negative health effects and economic costs of GM crops – claims later shown to be unsubstantiated. Today, half of those in the UK do not feel well informed about GM crops.

GM involves the introduction of very specific genes into plants. In many ways this is much more controlled than the random mutations that are selected for in traditional plant breeding. Most of the commonly grown crops that we consider natural actually bear little resemblance to their wild ancestors, having been selectively modified through cross-breeding over the thousands of years that humans have been farming crops – in a sense, this is a form of genetic modification itself.

In any case, we accept genetic modification in many other contexts: insulin used to treat diabetes is now made by GM microbes and has almost completely replaced animal insulin, for example. Many of the top selling drugs are proteins such as antibodies made entirely by GM, and now account for a third of all new medicines (and over half of the biggest selling ones). These are used to treat a host of diseases, from breast cancer to arthritis and leukaemia. 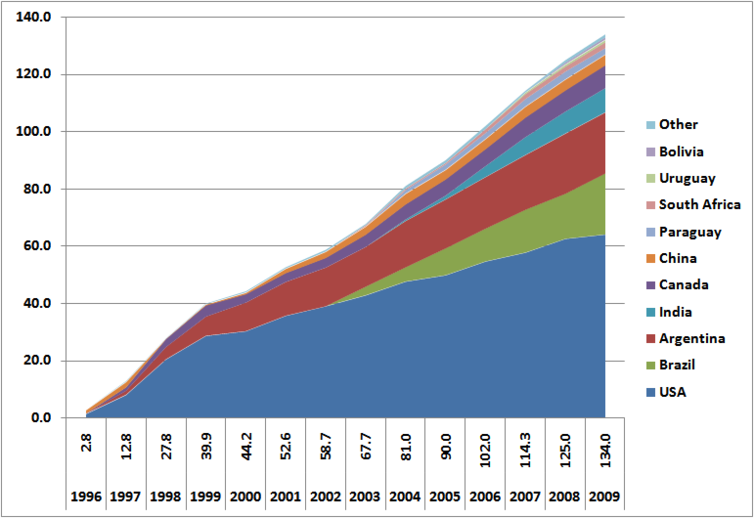 GM has been used to create insect-resistance in plants that greatly reduces or even eliminates the need for chemical insecticides, reducing the cost to the farmer and the environment. It also has the potential to make crops more nutritious, for example by adding healthier fats or more nutritious proteins. It’s been used to introduce nutrients such as beta carotene from which the body can make vitamin A – the so-called golden rice – which prevents night blindness in children. And GM can potentially create crops that are drought resistant – something that as water becomes scarce will become increasingly important.

More than 10% of the world’s arable land is now used to grow GM plants. An extensive study conducted by the US National Academies of Sciences recently reported that there has been no evidence of ill effects linked to the consumption of any approved GM crop since the widespread commercialisation of GM products 18 years ago. It also reported that there was no conclusive evidence of environmental problems resulting from GM crops.

GM is a tool, and how we use it is up to us. It certainly does not have to be the monopoly of a few multinational corporations. We can and should have adequate regulations to ensure the safety of any new crop strain (GM or otherwise) to both ourselves and the environment, and it is up to us to decide what traits in any new plant are acceptable. People may be opposed to GM crops for a variety of reasons and ultimately consumers will decide what they want to eat. But the one in nine people in poor countries facing malnutrition or starvation do not enjoy that choice. The availability of cheap, healthy and nutritious food for them is a matter of life and death.

Alongside other improvements in farming practices, genetic modification is an important part of a sustainable solution to global food shortages. However, the motto of the Royal Society is nullius in verba; roughly, “take nobody’s word for it”. We need a well-informed debate based on an assessment of the evidence. The Royal Society has published GM Plants: questions and answers which can play its part in this. People should look at the evidence – not just loudly voiced opinions – for themselves and make up their own minds.