Time for more research on research

This blog post is the first in a short series, following on from the Royal Society’s landmark Research culture: Changing expectations conference at the end of 2018.

Dr Steven Hill, Director of Research at Research England, writes his response to the issues raised at the conference: 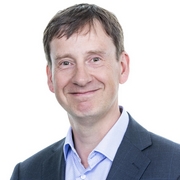 Director of Research at Research England

This blog post is the first in a short series, following on from the Royal Society’s landmark Research culture: Changing expectations conference at the end of 2018.

The conference was the culmination of the Royal Society’s two year programme on research culture. It brought together debates around research assessment, career progression, researcher development, research dissemination and research integrity.

Dr Steven Hill, Director of Research at Research England, writes his response to the issues raised at the conference:

In bringing this agenda to the forefront of their policy work, the Royal Society deserves huge credit. In addition to the actual change that the work will bring about directly, the mere fact that the national academy of science is publicly expressing concern, and trying to make change on these issues sends a very powerful signal. It would be easy for an organisation made up of researchers who have succeeded within the current system to remain complacent or resigned to that system. Instead the Royal Society is seeking to lead change, both through detailed and practical work, as well as stimulating the debate through events like the conference.

There were a lot of other positives to take away from the conference, especially the inspiring examples of individuals working hard to bring about real change. But I was also struck by how far we have to go in terms of changing research culture for the better. In particular, now that the issues have been raised, what is needed is a more evidence-led approach to solutions.

It is essential that researchers themselves are engaged with the debate about research culture, but it is equally important to recognise that anyone’s views will be strongly influenced by their own experiences. As well as researchers’ opinions we require more evidence. Of course, this will sometimes challenge the preconceptions of researchers, but that is the point – anecdotes are unreliable. We should be as rigorous about evidence on research, as we are about evidence in research.

There is already a wealth of knowledge about how workplace cultures in general, and research cultures specifically, operate. This evidence-base seems rarely to feature in the debate. For example, competition for funding is often presented as a problem for research cultures, without reference to the evidence which suggests both negative and positive aspects of competition.

A step forward in improving the quality of debate around aspects of research culture would be the commissioning of a series of evidence syntheses or meta-analyses on key topics. As well as summarising the current evidence, these should also highlight gaps in the evidence base, and make action-oriented recommendations where the evidence allows.

A further area for improvement is the evaluation of the effect of proposed changes or new interventions. Rather than jumping to solutions, we should support experimentation and pilots, testing their effectiveness. Sometimes this could take the form of randomised control trials, although we should also take advantage of natural experiments. In all cases, our aim should be to improve our understanding of how research cultures work, as well as testing new interventions.

Finally, the learning that comes from evidence syntheses and evaluations ought to be collected together and shared to improve best practice. If we are serious in our discussion of research culture, and indeed other aspects of the effectiveness of the research system, perhaps now is the time for an independent ‘What works’ centre for research on research, as recently called for by James Wilsdon.

The last two year’s work and the recent conference have demonstrated that the Royal Society is serious about addressing the challenge of improving research culture. To move forward from debate to effective action, the Royal Society, perhaps joining forces with the other national academies, should promote and lead a step-change the gathering and use of evidence about research.