It takes a network to defeat a network: tech in the fight against financial crime

Read more about the role Privacy Enhancing Technologies (PETs) can play in increasing the prevention of financial crime.

'Collectively I think we have to be ambitious, to aim for the exponential rather than the incremental...' 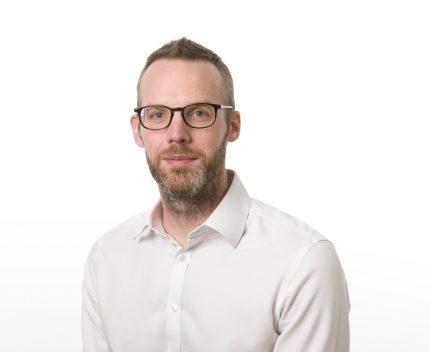 Nick Cook is the first Director of the Innovation division at the Financial Conduct Authority (FCA), the UK’s independent financial regulator.

Many writers note the importance of regulation in our modern society. In financial markets, this is discussed in terms of making sure that markets work well, that consumers are protected, and that competition allows them access to the right type of products for their needs. And it is vital that the financial sector is fair and honest, and that consumers don’t get ripped off or neglected.

For me, it is hard to think of an area that better exemplifies why we do what we do as regulators than the topic of our recent AML and Financial Crime TechSprint and how we can work together to make progress in our fight against crime and terrorist finance.

The scale of money laundering and financial crime

When we talk about money laundering and financial crime, we aren’t talking about so-called ‘victimless, white collar crimes’ where someone is bending the rules to make a quick buck. We are talking about sophisticated networks of criminal behaviour that facilitate, and legitimise the profits, of genuinely heinous crimes. Crimes often inflicted upon the most vulnerable people in societies across the world.

The suffering caused to society and the proceeds that are enjoyed and legitimised through the financial system from these crimes cannot be over emphasised. Every year, more than 800,000 people are trafficked into slavery, while around 40 million people are estimated to live under a form of modern slavery, including forced labour and prostitution. Vast sums are also generated each day through the sale of illicit drugs and the illegal wildlife trade.

The profits from these activities are laundered and legitimised through the global financial system – around $1.6tn a year or more, according to the UN, or between 2 – 5% of the world’s GDP.

The fight against financial crime

This seeming success story for criminals isn’t due to a lack of effort on the part of others. Financial institutions, law enforcement agencies and governments spend tens of billions on anti-money laundering each year.

Tens of thousands of people dedicate themselves to preventing and detecting financial crime – to stemming the flow of illicit money – to strangling these profits and seeking to deny criminals the enjoyment of their ill-gotten gains.

But clearly there is significant room for improvement and it is incumbent on us all to play our part in making this happen.  We owe it to the victims of the crimes that generate these illicit funds. We need to set our ambitions high and actively strive to do better.

Just over a year ago, we held our first AML & Financial Crime TechSprint based on a simple concept – that by harnessing technology and working together we could make a difference. We need to embrace innovation and enhance our collective response. It takes a network to defeat a network.

We knew we were not going to change the world overnight, rather we saw it as a call to arms, the beginning of a campaign. A year on, and obviously, as the figures I have mentioned attest, the fight continues.

But rather than dwell on the negatives, I think in the last year there has been a continuing groundswell of recognition that technology and collaboration are key.

Technology and collaboration are key

Colleague regulators in the U.S. released a joint statement last year recognising the importance of innovation in tackling money laundering and terrorist financing, providing strong support and encouragement for the financial sector to investigate new approaches.

The Financial Action Task Force has also called out the potential of new technologies in the fight against financial crime, particularly around the use of digital identity.

Both of these statements have been accompanied by an offered hand to industry, to work closely together, to engage and collaborate. We ourselves are committed to building effective, and mutually supportive responses with the private sector, to share knowledge, capabilities and skills.

Our previous TechSprint and conversations with organisations such as the Royal Society helped seed and grow the idea that Privacy Enhancing Technologies (PETs) could play a substantial role in increasing the prevention and detection rates of financial crime.

Too often vital data and knowledge remain siloed within individual institutions, resulting in a global problem being tackled at an individual firm level. We wanted to explore in depth whether technologies which allow for the sharing of this data and knowledge, while remaining compliant with data protection laws, could provide the potential to deliver exponential improvements in the financial system’s ability to detect financial crime and money laundering.

Our July TechSprint explored this concept on a global scale, bringing together over 180 active participants with representatives from over 60 companies and 30 international regulatory agencies, with a satellite hackathon in Washington D.C. Teams developed solutions to specific use cases, including identifying and disseminating crime typologies among market participants and allowing a network to interrogate financial transactions stored in databases within institutions to identify credible suspicions without compromising data privacy legislation.

“Collectively I think we have to be ambitious”

The TechSprint raised interest and confidence that PETs could indeed have an important role to play in the fight against financial crime. But these technologies are nascent, yet to be deployed at scale, let alone in a sensitive market like financial services and we are only at the first step in the journey to their usage. We all have a role to play in this journey.

As regulators, we can help to create environments where firms feel empowered to innovate. We can show willingness and leadership. To work together so our efforts are co-ordinated rather than piecemeal and help inform future policy and legislative responses.

We need firms to play their part. To explore and invest in technologies and be creative and bold, focussing on efficacy rather than overheads.

We also need organisations like the Royal Society to continue to provide the intellectual foundations, research and curiosity to maintain the momentum of this work. We look forward to working with the Society through a joint-Roundtable later this month to progress the ideas developed at the TechSprint and help inform their further thinking in this area.

Collectively I think we have to be ambitious, to aim for the exponential rather than the incremental. Why shouldn’t we? We cannot accept the status quo. Criminal networks are benefitting from collaboration and the use of exponential technologies – we need to do the same.

To find our more about PETs, read our Royal Society report Protecting privacy in practice: the current use, development and limits of Privacy Enhancing Technologies in data analysis.