The 67th Volume of Biographical Memoirs of Fellows of the Royal Society is now available online.

The latest Volume has a life sciences bias, and showcases a broad history of cellular and molecular biology research through the lives of the late Fellows.

The 67th Volume of Biographical Memoirs of Fellows of the Royal Society is now available online.

Volume 66, published earlier this year, had a strong physics theme with the memoir of Stephen Hawking taking precedence. The latest Volume, on the other hand, has a life sciences bias, and showcases a broad history of cellular and molecular biology research through the lives of the late Fellows.

Beginning with a memoir that covers much of the 20th Century, Salome Gluecksohn-Waelsch’s pioneering work on embryology and genetics helped to establish the field of mammalian developmental genetics, at a time when the role of genes in development was far from accepted. Later, in the second half of the century, we witness advancements in DNA sequencing and human genomics through the memoir of Nobel Laureate Sir John Sulston. 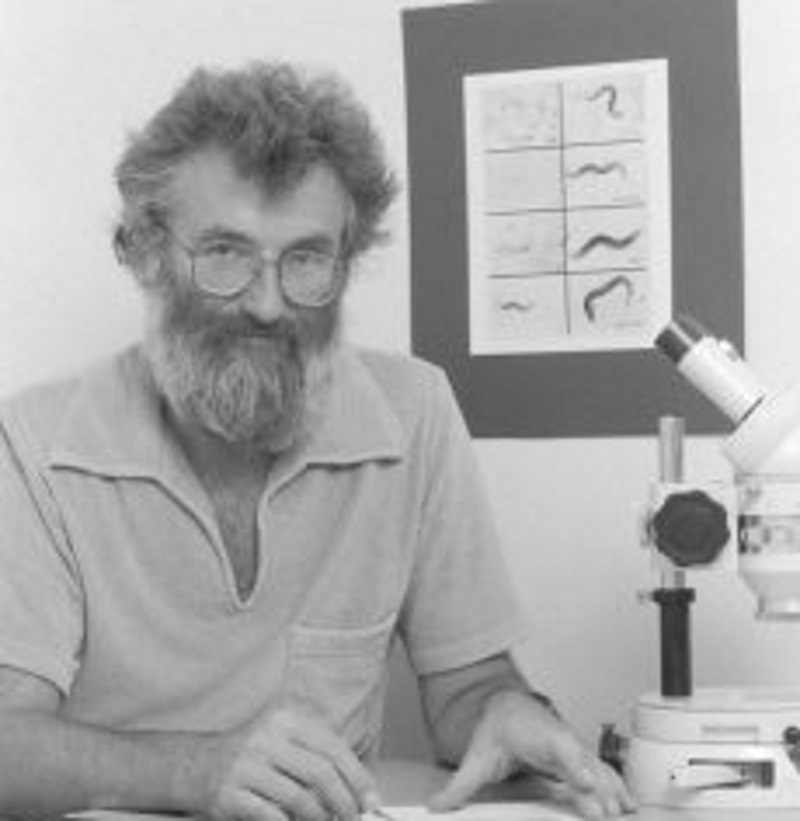 John Sulston at the LMB with his microscope and images of the worm C. elegans. (Copyright © MRC LMB.)

Continuing this theme, the latest memoirs also cover work on mitochondria, the cell cycle, plant cell walls, and symbiosis – the latter courtesy of former Biological Secretary David Smith. Advances in physiology are also explored with the discovery of pain sensory receptors, and with the achievements of Mary Pickford who helped to establish the field of neuroendocrinology through pioneering work on the hormones of the posterior pituitary gland.

Aside from this, there is still plenty of work celebrated from other fields, including fossil hunting paleoanthropology, Nobel Prize winning economics, and last but not least, science communication and amateur astronomy with Sir Patrick Moore.

Earlier this year, we caught up with Biographical Memoirs Editor-in-Chief Malcolm Longair to discuss the role of the memoirs as a fantastic resource for scientists and historians:

We are also pleased to announce that from January 2020 all memoirs will be free to access from the day of publication. We look forward to Volume 68 in the first half of 2020.