Trust in peer review: the role and reputation of preprints

In 2017, Proceedings B appointed Maurine Neiman as a Preprint Editor. In this role, she is responsible for commissioning suitable research papers from bioRxiv. We spoke to five authors about their experience of this process.

"On several occasions I’ve had a number of valuable comments or emails regarding a preprint that have led to changes to the manuscript prior to submission."

Peer Review Week – and this year’s theme of trust – is likely to shine a light on the popularity of preprint servers and the growth in authors using them to post papers prior to submission to a journal. In 2017, our journal Proceedings B appointed a Preprint Editor to commission suitable research papers from bioRxiv. The initiative has proved successful, with several papers published as a result, as well as the expansion of outreach to researchers who may not have previously considered the journal as an option.

To coincide with Peer Review Week, we caught up with Proceedings B authors who submitted articles via the bioRxiv route. We asked Edward Ivimey-Cook (EIC), Pedro Vale (PV), Johannes Cairns (JC), Rickesh Patel (RP) and Juan Jose Negro (JJN) about their thoughts on preprints, peer review and trust in the process.

Why did you post your paper on a preprint server?

EIC: The main reason was to generate some immediate discussion around the study, and the results that we had found (it was also just prior to my PhD viva). In addition, it allowed me, an early career researcher, to show I was actively pursuing publication by providing citable DOI links that I included in my CV.

JJN: It was just the second time I had uploaded a paper to a preprint server and I realised that there were several advantages: first, you get immediate precedence for results that you believe are important. Second, you get on the spot visibility, and interest from readers and even journal editors. The latter happened with our most recent posted paper: several editors contacted me showing interest in considering our manuscript for publication.

What are your thoughts on ‘trust’ in preprints? Was it helpful to post your paper and gather feedback first before submission to a journal?

PV: We regularly post all of our submission-ready work on bioRxiv. Some people tend to do this only when they have confirmation of acceptance at a peer-reviewed journal, but I find this misses the point about preprints. We find it helpful to share our work as soon as it's ready to submit, often even before we've decided where to submit. It shows the community what we are actively working on, and it's great to gauge interest at that stage. Preprints shared on Twitter have ignited useful discussions, and even collaborations later on, and they are also a very good way for students and postdocs to show tangible evidence of their work when applying for funding or other positions. In other situations, a well-timed preprint put out by others has been helpful in suggesting to us that spending the next 2 years working on something that the preprint has already covered, may be a waste of our time. Even though preprints are not peer-reviewed, I tend to trust them because a) reputations rely on them advertising good quality work (no-one wants to share something before it's at least ready to be seen by reviewers) and b) even if some of the details will change under the scrutiny of peer review, the overall question and approach (and major result) is unlikely to change, and this is often the most useful information from preprints.

JC: In this era of information overflow, I suspect scientists typically lack the time to inspect preprints and provide feedback in detail. Therefore, a more important function may be to garner interest in the main results of the study prior to the appearance of the peer-reviewed publication which can take from months to years. 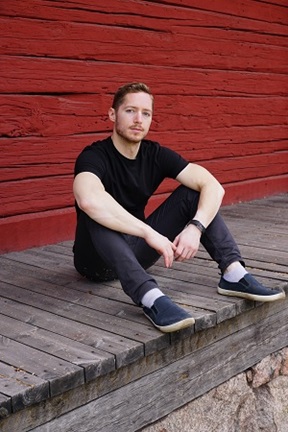 EIC: I’ve only recently started posting my work on preprint servers for the exact reason you mention, to gather feedback and generate discussion about the paper. On several occasions I’ve had a number of valuable comments or emails regarding a preprint that have led to changes to the manuscript prior to submission.

JJN: I believe that you post a paper in a preprint server when you are confident it may readily serve the scientific community. The current coronavirus crisis is demonstrating the usefulness of preprints as a way to convey crucial information. As for receiving feedback, with just two manuscripts uploaded, I have not received suggestions for improvements; just invitations from journal editors, which is in fact quite flattering and useful. In fact, the experience has been so positive that I plan on posting future papers on a preprint server.

What are your overall thoughts on the process of peer review and do you think it can be improved?

RP: In some ways peer review being anonymous is useful so that reviewers can review papers without holding back for fear of retribution. However, I have found myself wishing I could have a conversation with a reviewer to gain a better idea of what is being requested. I believe peer review could be improved by having a mechanism whereby authors can contact reviewers through the journal, retaining anonymity, or request the identity of the reviewer, with that reviewer's consent. Preprints offer some solutions to these problems, but do not completely fix them.

EIC: I think being able to submit papers in an open format really helps. I know that some journals are already adopting this rule but it would make the whole process of getting your paper ready for publication a lot easier. In addition, encouraging authors to post their research onto a preprint server ensures a lot more people see it and are able to discuss and critique it. This is in comparison to the limited number that see your work during peer review before it’s finally accepted by a journal. It’s a double-edged sword but I like to focus on the benefits of more people scrutinising your research before you present it to reviewers. 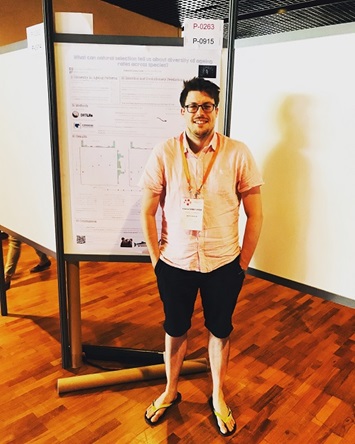 What was your experience of being commissioned by the Proceedings B preprint editor? Did this provide an added level of ‘trust’ that your paper may get published?

JC: We had considered submitting to another journal of similar prestige to Proceedings B. In this sense, we were wobblers, and the expression of interest from the Proceedings B editor nudged us to submit there. This did give us an added sense of trust that our paper would benefit from full consideration and peer review, although the decision to publish of course would depend on the judgement of the external reviewers.

PV: When we were approached by the Proceedings B preprint editor we were in truth already planning to submit to the journal. This convinced us that we were on the right track! I understand that this is never a guarantee of publication, but we knew that our work should at least be reviewed, and because we trust the quality of our work, we also felt we had a good chance of being published following that fair review process. It's always nice to have your work recognised, so being contacted directly by the journal really did boost our confidence.

Proceedings B supports submission of manuscripts directly from bioRxiv, meaning authors can transfer their manuscript information and metadata without having to re-upload files.