Biographical Memoirs Volume 71 – Beyond the Lab

The latest volume of Biographical Memoirs explores achievements both in and outside of the lab.

Biographical Memoirs of Fellows of the Royal Society chronicles pioneering achievements across the spectrum of science – from highflying aerodynamics to groundbreaking palaeontology. 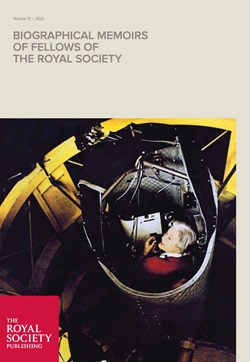 celebrates a diverse selection of pioneering scientists from a variety of fields. Among the notable highlights below are several examples that illustrate the theme of life beyond the lab, where Fellows have excelled beyond the academic arena in the spheres of science policy, institutional leadership, and government.

A good starting point for the latest volume is the memoir of Lord Robert May, a former President of the Royal Society (2000-2005) and pioneer in theoretical ecology. May’s novel applications of mathematical modelling spanned animal populations and disease dynamics; in the latter case revolutionizing epidemiological modelling with colleague Roy Anderson FRS. Before his term as President of the Royal Society, May also served as the UK government's chief scientific advisor, handling topics from GM crops to the Human Genome Project. May is therefore a prime example of major academic success coupled with public-facing responsibilities – a theme that continues in several of the memoirs.

For over two decades, protozoologist Leonard Goodwin’s work was dedicated to developing anti-parasitic therapies, resulting in drugs to treat tropical diseases such as leishmaniasis and malaria. In the 60s, he relocated to the Zoological Society of London – initially working out of an office above the Zoo’s Reptile House – where he took up director roles with the Nuffield Institute and ZSL. In his retirement, he also took charge of the Wellcome Museum of Medical Science. Hubert Markl – another zoologist – similarly lead a successful research career as an animal behavioural physiologist before becoming a key figure in European science policy, uniquely serving as president of both the German Science Foundation and the Max Planck Society.

Nutritional scientist Coluthur Gopalan also championed his field through policy, serving as Director General of the Indian Council of Medical Research and establishing the Nutrition Foundation of India in his retirement. Similarly, agricultural innovation was a key project for Calestous Juma, who, starting in Kenya, became an international authority in the application of science, engineering and innovation to sustainable development in developing and developed countries.

Sir Frederick Warner is a non-life sciences case; his chemical engineering background led him to the forefront in developing health, safety, risk assessment and environmental policies. This experience was called upon by various governmental bodies and resulted in him leading the first international team to Chernobyl after the reactor meltdown in 1986. 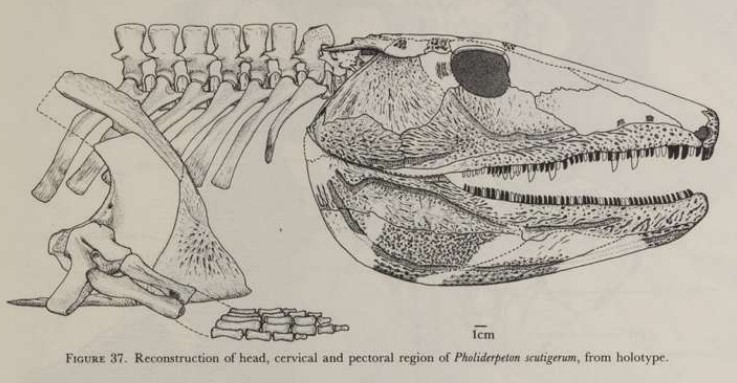 Reconstruction of Pholiderpeton scutigerum, an eogyrinid amphibian from the Coal Measures of Yorkshire. This work, published in Philosophical Transactions, was part of Jennifer Clack’s PhD thesis.

Palaeontologist Jennifer Clack - one of two female Fellows in the new volume – also went beyond the lab in a sense, with expeditions to Greenland to uncover the secrets of the earliest land vertebrates. Clack’s discoveries reignited interest in the fish-tetrapod evolutionary transition, a field in which she became a world leader.

Margaret Burbidge was one of the great observational astronomers of the 20th century, contributing to our understanding of the origin of the chemical elements and the properties of quasars. From Greenwich to San Diego (where she helped to establish the Hubble Space Telescope), she made pioneering observations with collaborator and husband Geoffrey Burbidge FRS, and left a lasting legacy for women astronomers.

Flight is also a common theme in the new volume of memoirs. Eric Mansfield joined the Royal Aircraft Establishment in 1943, where he became a seminal figure in the field of aircraft structural mechanics. Colin Pennycuick applied his RAF experience to the study of bird flight, exploiting his pilot skills to follow migrating birds, developing our understanding of flight behaviour and mechanics.

On the theme of military service and flight, Volume 71 also pays tribute to Prince Philip, HRH the Duke of Edinburgh. Elected Honorary Fellow in 1951, Prince Philip supported and served numerous scientific institutions, including the Royal Academy of Engineering, the World Wildlife Fund, and the Zoological Society of London – highlighting his lifelong interests in engineering, ecology, and the environment.

2. Volume 71 cover image: Margaret Burbidge in her element in the prime-focus cage of the Lick 3-metre telescope. Image copyright unknown - used with permission from the Burbidge family.