Keith Moore looks at a new book on the fragile history of libraries, and reflects on changing practices in the Royal Society's own collection.

When you open a book at the Royal Society, it may be a volume owned by John Aubrey, read by Isaac Newton, annotated by Benjamin Franklin, or donated by Charles Darwin.

For those of you who are interested in books (and if you’re still reading, I’m guessing that’s you), then I’d recommend dipping into The library: a fragile history, by Andrew Pettegree and Arthur der Weduwen. This chunky volume is a rapid gallop through the business of accumulating and dispersing manuscripts and printed books during a fair slice of modern human history. It’s a perilous business being a librarian or a collector (who knew?) and the book will tell you why.

I confess, the authors almost lost me early in the prologue, when they declared that ‘We should not romanticise libraries…’. Any librarian (writing as a completely unbiased authority) would counter that libraries are the most romantic places of all. When you open a book at the Royal Society, it may be a volume owned by John Aubrey, read by Isaac Newton, annotated by Benjamin Franklin, or donated by Charles Darwin. Every time I browse the bookstacks, there's something new to be found, connecting the past to the present. 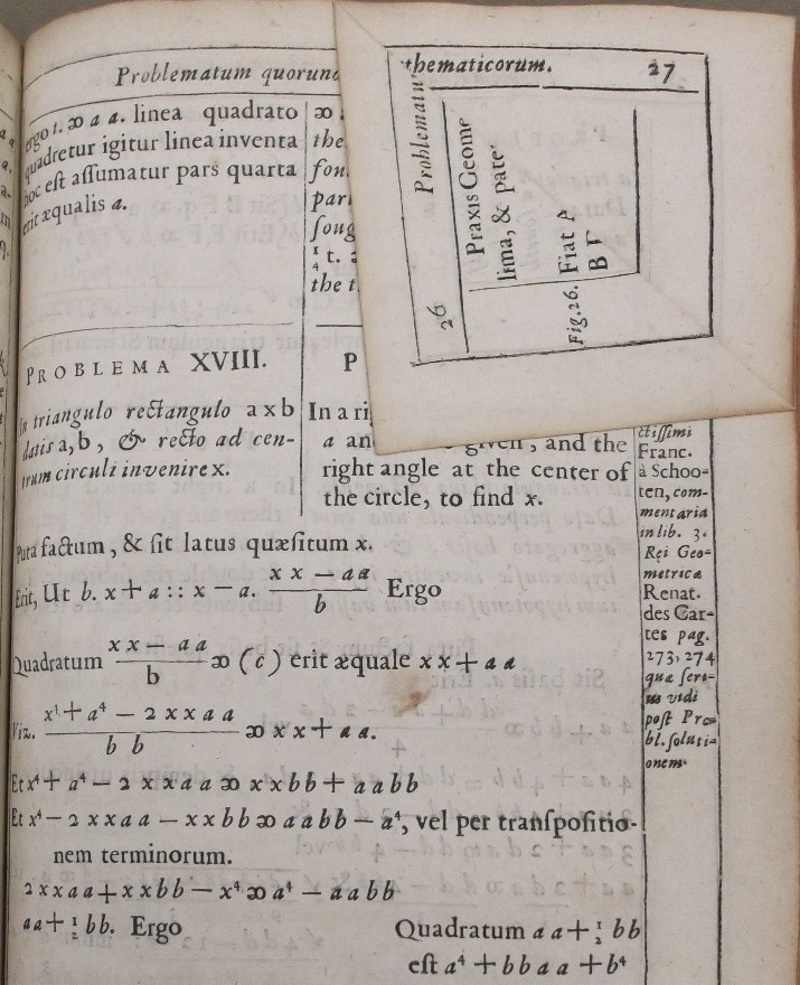 A page from our copy of Samuel Foster’s Miscellanies (1659), owned (and dog-eared) by Isaac Newton

The point that our authors make is, of course, a perfectly serious one. For much of their history, books have been treated as a commodity: for prestige, profit, or for posterity, as much as for their intellectual content. Their places, the libraries, have very often suffered in consequence: either by falling into a gradual decline, or by being ravaged by later collectors.

Natural and man-made disasters have played their parts too. Such dispersals create new libraries, as the churn of books continued through centuries. The Society’s own library has both gained and lost in just these fashions. The founding collection, the Norfolk Library, was donated by Henry Howard, the Duke of Norfolk (1628-1684) in 1667, when the Royal Society was exiled from its home in Gresham College following the Great Fire of London. The ducal library was originally held within the Society’s temporary accommodation at Arundel House. This Arundel collection had been built from earlier private resources, notably from the library of the Nuremberg humanist Willibald Pirckheimer (1470-1530). Some of those volumes remain, but many were sold or exchanged, as fashion, and the collecting practices of the Royal Society, changed through time.

If the Norfolk Library was spared the Great Fire, one can only imagine the scale of collections that perished. Some we know of – the stock of the Stationers’ Company was stored in the vaults of St. Paul’s Cathedral and its demise noted by Samuel Pepys. But London’s homes and institutions, small and large, would have held anything from single pamphlets to prayer books to complete private libraries – all consumed. The subtitle of ‘a fragile history’ gives a nod to such losses. Some of the more tragic are simple stories of neglect, such as the attempt of bibliophile Fernando Colón (1488?-1539) to capture the world’s learning in a vast spree of book-buying – and yet after his death, the library was moved, split up and even ‘purified’ by the Inquisition – reducing it to a shadow of its original glory. 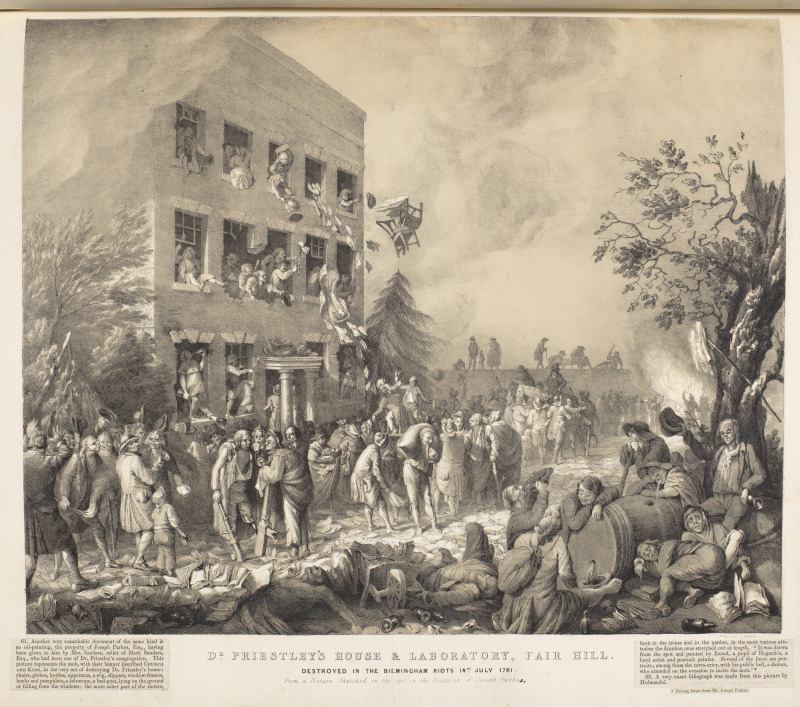 The sacking of Joseph Priestley’s laboratory and library during the ‘Priestley Riots’ of 1792 (RS.17963)

On very rare occasions, there are survivals of books and manuscripts, protected by chance. The Dead Sea Scrolls are perhaps the most famous example, together with the Herculaneum papyri, philosophical texts carbonised but buried for future generations in the Vesuvian eruption of 79 AD. Less well-known is the ‘Library Cave’ of Dunhuang, China, sealed during the eleventh century and recovered – then, inevitably, split up – from 1900. From a scientific perspective, the discovery was hugely important, since the collection included such treasures as the Dunhuang star atlas, the earliest (c.649-684 AD) such complete rendering of the northern night sky. It was later noted in Science and civilisation in China, by the Royal Society’s great Sinologist, Joseph Needham (1900-1995). 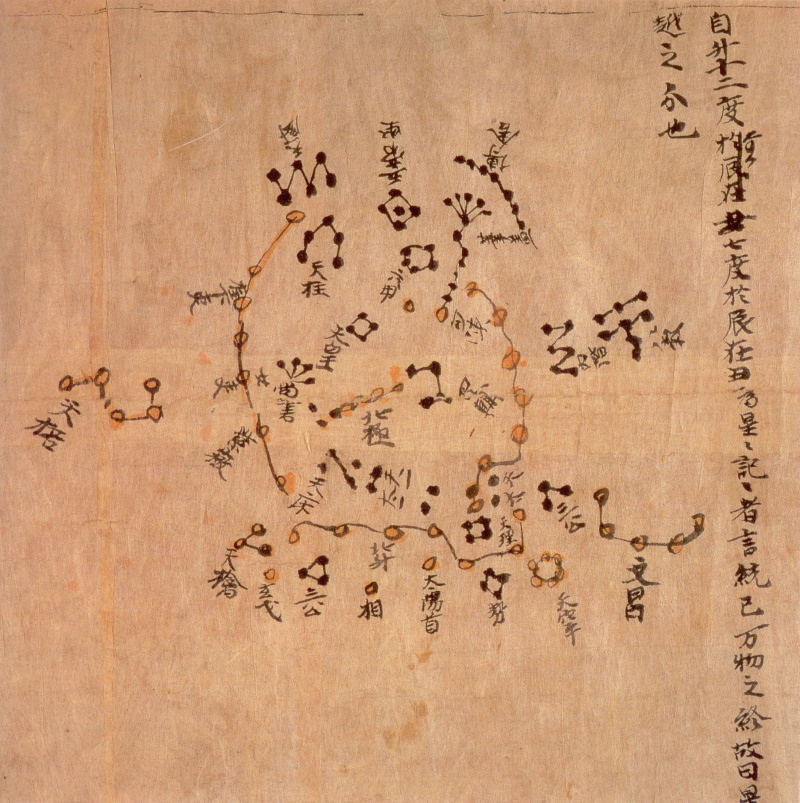 One joy of living in a digital age is that divided libraries can be reunited. The International Dunhuang Project aims to do just that, by digitising the cave manuscripts, now held in various libraries around the world. In the news more recently, the at-risk manuscript heritage of Mali is being protected by online capture, from conditions in which Islamic militant groups have followed the same course of destroying books as the Protestant and Catholic schism of the European Reformation. One can only hope, in a time of warfare and environmental hazards, that our shared culture will be increasingly protected by sealing it in data caves, for all our futures.