Keith Moore dips into Royal Society grant-making archives, and finds a reptilian cliffhanger, with solace on a chessboard.

Just as his candle died out, Thomas found himself ‘looking into an impenetrable void, whilst at the bottom of the darkness, right away at my feet, the breakers surged over the rocks…’

I’ve been dipping into the surviving archives on Royal Society grant-making lately, much of which remain uncatalogued. We’re gradually adding descriptive references to the archive database, and some interesting stories are beginning to emerge on at least some of the people who were funded by the organisation, and those donors who made research possible.

It’s easy to forget that for a significant time in the Society’s history, there was no systematic means of financing science. Seventeenth-century experiments were done at Royal Society meetings, for which early Fellows were levied sixpence on top of their membership fees. Effectively, they had a whip-round for science, not unlike a crowdfunded enterprise today – just that the crowd was a lot smaller and exclusively gentlemanly. More widely, Fellows would promote research interests from their own pockets: being independently wealthy was a prerequisite for being a natural philosopher. 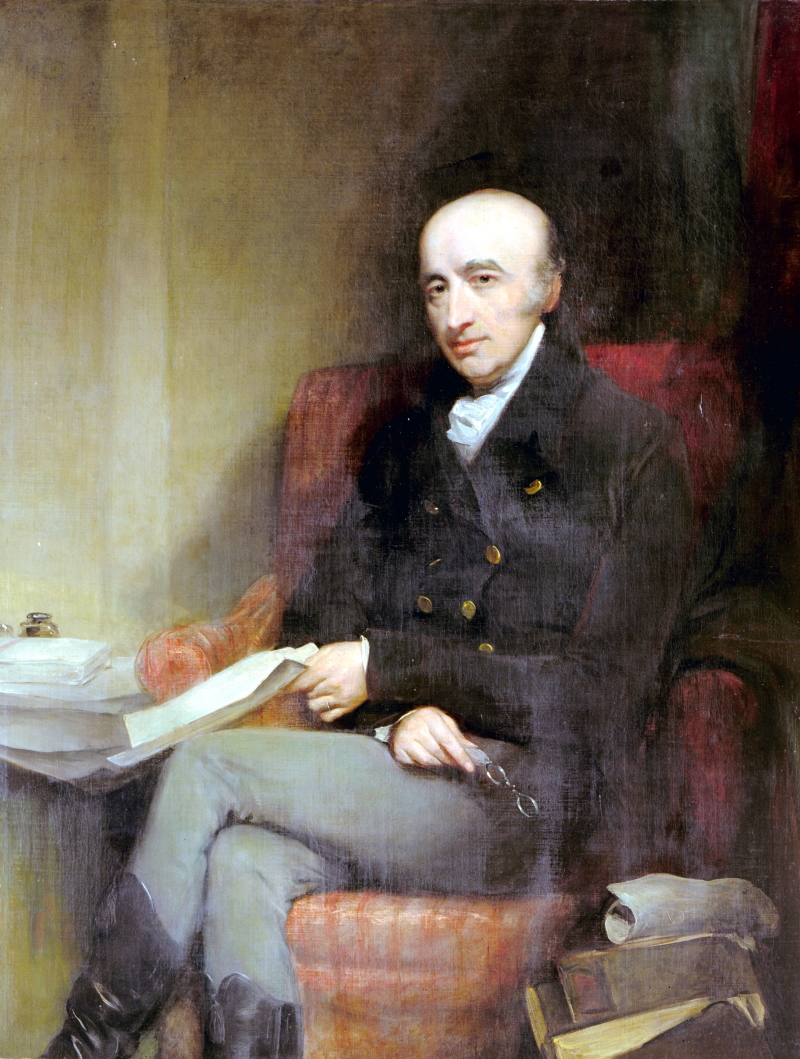 As an organisation, the Society tended to oil the wheels of science, rather than pay to fill up the tank. You might borrow an instrument from the Royal Society, or receive diplomatic help to travel, or perhaps a good word to embark on an Admiralty ship to facilitate an expedition, but only very occasionally did the Society underwrite the costs of scientific work. That changed in 1828, when William Hyde Wollaston (1766-1828) donated £2,000 for scientific purposes: and because several others followed suit, this became known as the Donation Fund.

The Fund tends to be overlooked in favour of the larger and more regular Government Grant, voted by Parliament to the Royal Society from 1849. While I suspect that the Society preferred to use Government funding for science rather than its own resources where possible, Donation Fund grants were important, and their surviving reports can be entertaining. My favourite is a long letter from the New Zealand geologist Algernon Phillips Withiel Thomas (1857-1937), who received a £75 grant to collect zoological specimens, including tuatara, for breeding. The expedition, such as it was, consisted of being landed solo on the island of Karewa, with a tent and collecting equipment, and being left to his own devices. 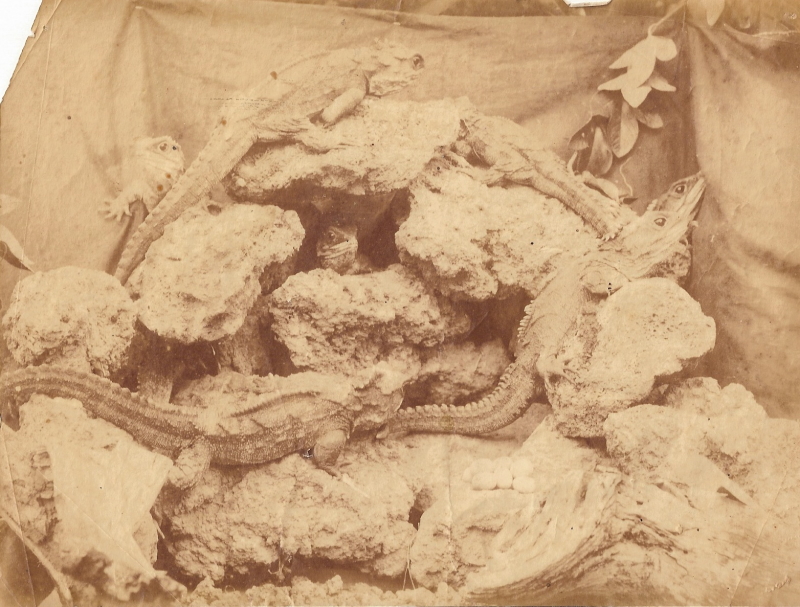 By his own account, Thomas seemed to be short on Crusoe-like survival skills while blundering around the scrubby rock (now a nature reserve). He was harassed by shearwaters tunnelling into his tent. Worse, in pitch-dark night-collecting, the birds ‘made up their mind to attack me or my light…the lantern rolled gaily down the hill, and the puffins [shearwaters] flapped away screeching victoriously…’ Armed with a quarter-inch of rapidly expiring candle and a few matches, he ended up on the wrong side of the island from camp, and just as his candle died out, he was ‘looking into an impenetrable void, whilst at the bottom of the darkness, right away at my feet, the breakers surged over the rocks…’.

We’ll leave Thomas on his cliffhanger for the moment. Elsewhere in our Grants filing, I was impressed with a quite different feat of courage. By the early twentieth century, the variety of grant funds being managed by the Royal Society increased rapidly. The most poignant was that established by Henry Moseley (1887-1915), the almost-Nobel Prize-winning physicist, shot dead on the front line at Gallipoli. In a brief wartime will, Moseley left his entire estate to the Royal Society. The business of transferring the funds was left to another remarkable individual, his mother, Amabel Nevill Gwyn Jeffreys (1855-1928), later Sollas. 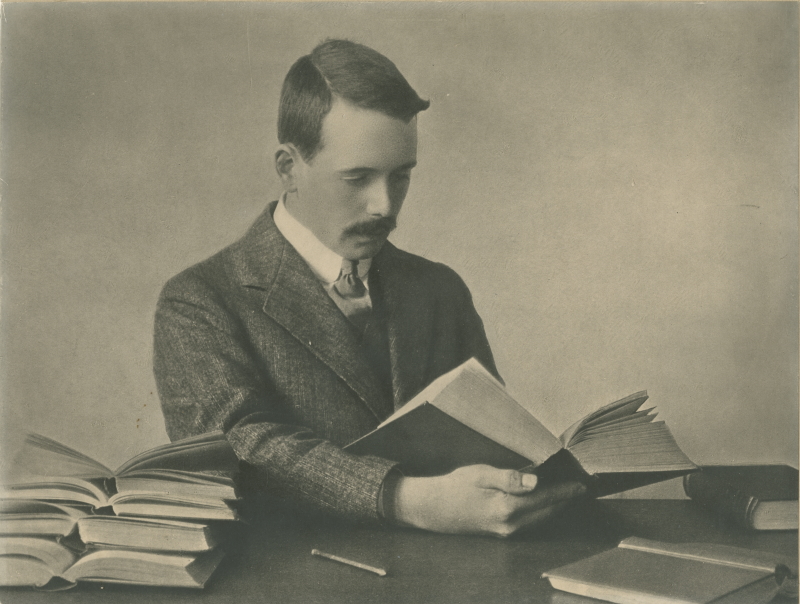 Amabel was the daughter of a Fellow (John Gwyn Jeffreys), successively the wife of two more (Henry Nottidge Moseley and William Johnson Sollas), and mother of a Fellow-in-waiting, had he lived (Henry Moseley). Her reaction to the death of her beloved son is fascinating. She donated her own, substantial sums to complete the scientific research fund established in his name, and did much of that from the Continent, where she volunteered in 1915 (in her sixtieth year) to work for the French Red Cross. Amabel was British woman’s chess champion in 1913. In addition to nursing, she ran a canteen six miles from the line, and spent time playing chess against British soldiers returning from the trenches, no doubt seeing her own dead son in them. I’d love to know more about her life – she survived the war but was killed by a car leaving a chess match in 1928.

Back to Algernon Thomas, teetering on the edge, with a box of matches, a sack of lizards and a billhook. Abandoning the tuatara to their fate, he managed to find a pile of rocks which gave him a view of his camp-fire – ‘otherwise I might have spent the night in the scrub, unless indeed I had stepped down some two hundred and odd feet into the sea…’. Anticlimactic perhaps, but he saved himself for a distinguished career in science, a knighthood, and (I expect), future grant applications.