Champion outstanding scientists of every background and role

As the UK’s national academy of science, the Royal Society is committed to building a more diverse, equitable and inclusive science system. We want talented, passionate scientists to be able to build rewarding careers, whatever their background and role – but we know that is not always the case. The Royal Society is working with partners across the sector to identify and address these barriers.

The Royal Society is working with partners across the sector to identify and address barriers to diversity and inclusion. We must also recognise our own systems can operate much better, and are taking steps to improve the number and diversity of nominations to the Society's awards - which were announced today. 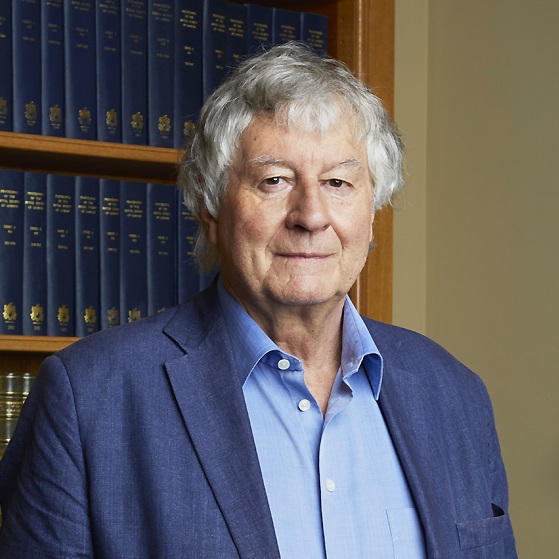 Sir Adrian Smith, PRS, is Institute Director and Chief Executive of The Alan Turing Institute and became President of the Royal Society in 2020. He is also a past President of the Royal Statistical Society and Chair of Diamond Light Source, the UK’s national synchrotron. His previous positions include Vice-Chancellor of the University of London, Deputy Chair of the UK Statistics Authority, and Director General, Knowledge and Innovation in BIS (now BEIS). He carried out a review of 16-18 mathematics education on behalf of Her Majesty’s Treasury and the Department for Education in 2017, and is currently a member of the government’s Artificial Intelligence Council and a Non-executive Director of the UK Atomic Energy Authority. He holds a number of Honorary Doctorates and was awarded the Royal Statistical Society’s Guy Medal in Bronze (1977), Silver (1993), and Gold (2016), as well as being appointed Knight Bachelor in 2011.

As the UK’s national scientific academy, the Royal Society is committed to building a more diverse, equitable and inclusive science system.

We want talented, passionate scientists to be able to build rewarding careers, whatever their background and role – but we know that is not always the case.

The Royal Society is working with partners across the sector to identify and address these barriers.

We must also recognise that our own systems can operate much better, and as Officers of the Royal Society we are working to ensure that improving diversity and inclusion is a common thread running throughout our work.

Scientific prizes have a longstanding role in the Society’s mission to celebrate outstanding science and the benefits it brings to all of humanity.

Following a review in 2021, the Society announced and began introducing a range of measures to make our medals and awards better reflect that mission.

This is best demonstrated in this year’s Copley Medal. The world’s oldest scientific prize, for nearly 300 years it has been awarded to individuals who have made sustained, outstanding achievements in their field.

In 2022, for the first time in its history, the Copley is recognising a scientific team: the researchers, technicians, staff and students who helped develop and deliver the Oxford-AstraZeneca vaccine.

This is a result of changes which allowed nominations for all our awards to recognise teams alongside individuals.

Other initiatives include new annual prizes recognising the work of technicians and those whose contributions to research culture are opening doors for scientists who might not otherwise see a place for themselves in academia.

Not all of the changes adopted last year have fully taken effect.

A major priority for the Society is increasing the number and breadth of excellent candidates being nominated for consideration by the award panels.

The broad trends suggest the diversity of our nominations and awardees in some areas has been improving, however there are big swings from year to year.

Annual diversity data collected from our winners isn’t sufficient to give the detailed figures we would like (below we detail the new measures to address this).

To better monitor diversity and expand our pool of nominees the Society has established four new nomination panels, drawn from our Fellowship and funded researchers, as well as independent experts from industry and the wider science sector.

They were tasked with identifying the widest possible pool of candidates; that includes a broader range of UK and global institutions; sectors, like industry and education; as well as more people from under-represented and under-recognised backgrounds.

Other important steps include making the nominations process simpler, a dedicated marketing campaign to promote the awards to new audiences, and improvements to address the way we collect and record the diversity of our winners and nominees.

For the next awards round, every nominee will be approached when nominated and given an opportunity to provide diversity information which will make it possible to monitor our progress toward these goals.

Many of these initiatives are also being also being adopted in other areas of the Society’s work, including the processes used to identify and elect our Fellows and Foreign Members.

We will continue to monitor and report on their progress and implement further schemes, which we will share in the near future.