Ocean of Life by Callum Roberts 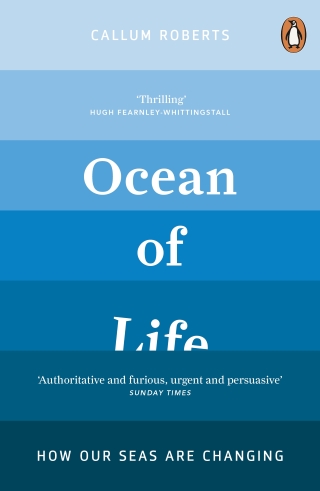 Oceans are the most mysterious places on earth. Their depths remain largely unexplored, yet ninety-five percent of the planet's habitable space lies within them. And now the life they support is in the balance.

Callum Roberts uses his lifetime's experience working with the oceans to take us on a panoramic tour beneath the seas, exploring the richness of life in the deep and how it has altered over the centuries. He shows the catastrophic impact of humanity on the oceans, but also how we can restore them to life.

Callum Roberts is professor of marine conservation at the University of York. For the last 10 years he has campaigned for stronger protection for the sea at national and international levels, including advising the United Nations, European Commission and the European Parliament. He was on the WWF-US National Council for six years and currently serves as a Council Member of Fauna and Flora International, a Board Member of Seaweb and a WWF-UK Ambassador. Callum's first book The Unnatural History of the Seawon the Rachel Carson Environment Book Prize, and was named by The Washington Post as one of the Best 10 Books of the Year.

Roberts sets modern conservation in context. For instance he has taken fisheries science and channelled it into the mainstream debate. This book is thrilling: a delightful mix of anecdote, research and polemic.