Adventures in the Anthropocene: A Journey to the Heart of the Planet we Made by Gaia Vince 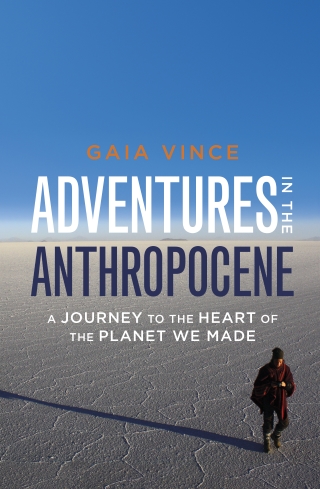 In just a few decades, we humans have altered our world beyond anything it has experienced in its 4.5 billion-year history – we have become a force on a par with earth-shattering asteroids and planet-cloaking volcanoes. As a result, our planet is said to be crossing a geological boundary – from the Holocene into the Anthropocene, or Age of Man. Gaia Vince decided to travel the world at the start of this new age to explore what all these changes really mean, especially for the people living on the frontline. This book looks at how we are reshaping our living planet and explores how we might engineer Earth for our future.

Gaia Vince is a journalist and broadcaster specialising in science and the environment. She has been the front editor of the journal Nature Climate Change, the news editor of Nature and online editor of New Scientist. Her work has appeared in the Guardian, The Times, Science, Scientific American, Australian Geographic and the Australian. She has a regular column, Smart Planet, on BBC Online, and devises and presents programmes about the Anthropocene for BBC radio.

Vince’s passion and strong voice grabs you instantly and the story she tells is truly original. A finely-crafted book on an important, urgent topic.