Life on the Edge: The Coming of Age of Quantum Biology by Johnjoe Mcfadden and Professor Jim Al-Khalili 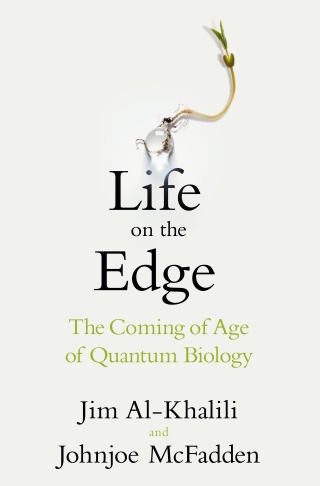 Life is the most extraordinary phenomenon in the known universe; but how does it work? Even in this age of cloning and synthetic biology, the remarkable truth remains: nobody has ever made anything living entirely out of dead material. Are we missing a vital ingredient in its creation? Bringing together first-hand experience of science at the cutting edge of science with unparalleled gifts of exposition and explanation, Jim Al-Khalili and Johnjoe Macfadden reveal the hitherto missing ingredient to be quantum mechanics and the strange phenomena that lie at the heart of this explosive new field.

Professor Jim Al-Khalili, OBE is an academic, author and broadcaster. He is a leading theoretical physicist based at the University of Surrey, where he teaches and carries out research in quantum mechanics. He has written a number of popular science books, including Pathfinders: The Golden Age of Arabic Science. He has presented several television and radio documentaries, including the BAFTA-nominated Chemistry: A Volatile History and The Secret Life of Chaos.

Professor Johnjoe McFadden is Professor of Molecular Genetics at the University of Surrey and is the editor of leading text books on both molecular biology and systems biology of tuberculosis. For over a decade, he has specialised in examining tuberculosis and meningitis, inventing the first successful molecular test for the latter. He is the author of Quantum Evolution and co-editor of Human Nature: Fact and Fiction and writes for the Guardian on topics including GM crops, psychedelic drugs and quantum mechanics.

A topic that could have been incomprehensible to the average reader becomes unexpectedly enthralling in the hands of these skilled communicators. A controversial work that deserves its already wide audience.