Smashing Physics: Inside the World’s Biggest Experiment by Jon Butterworth 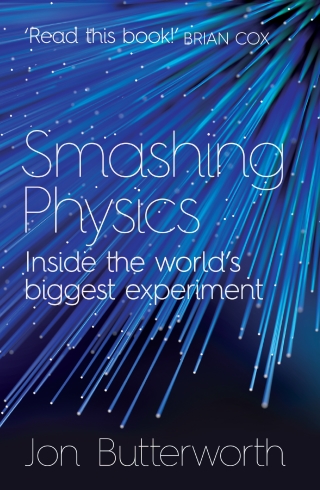 The discovery of the Higgs boson was the culmination of the largest experiment ever run, the ATLAS and CMS experiments at CERN's Large Hadron Collider. It made headlines around the world and resulted in a Nobel Prize. For the first time, this book presents an inside account of the hunt for the Higgs from the people who were really there. It is the story of what happens when the world's most expensive experiment blows up, of neutrinos that may or may not travel faster than light, and the reality of life in an underground bunker in Switzerland. This book will also leave readers with a working knowledge of the new physics and what the discovery of the Higgs particle means for how we define the laws of nature.

Professor Jon Butterworth is a leading physicist on the Large Hadron Collider, and Head of Physics and Astronomy at UCL. He writes the popular Life & Physics blog for the Guardian and has written articles for a range of publications including the Guardian and New Scientist. Jon often discusses physics in public, including talks at the Royal Institution and the Wellcome Trust and appearances on BBC Radio 4's Today Programme, The Infinite Monkey Cage, BBC Newsnight, Horizon, Channel 4 News and Al Jazeera. He was awarded the Chadwick Medal of the Institute of Physics in 2013 for his pioneering work in high energy particle physics, especially in the understanding of hadronic jets.

With his unique insider perspective, Butterworth has humanized a classic science story that we all thought we knew. His writing is so engaging that he makes some of the most advanced science around seem within our grasp.