The Invention of Nature by Andrea Wulf 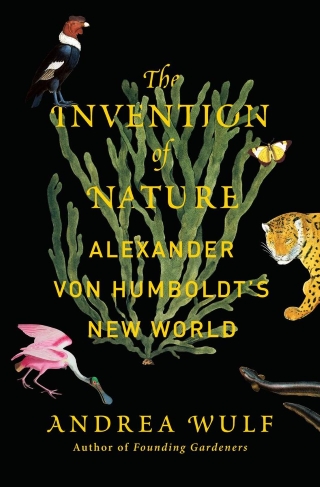 Alexander von Humboldt (1769-1859) is the great lost scientist. More things have been named after him than anyone who has ever lived – towns, rivers, mountain ranges, a penguin, a giant squid and even the mare Humboldtianum on the moon. He inspired generations of thinkers and writers – Darwin set sail on the Beagle because of Humboldt, Napoleon was jealous of him and Captain Nemo in Jules Verne’s famous Twenty Thousand Leagues Under the Sea owned all of his books. Yet today he is almost forgotten. The Invention of Nature brings this remarkable man back to life.

Andrea Wulf is the author of several acclaimed books. The Brother Gardeners won the American Horticultural Society Book Award and was long-listed for the Samuel Johnson Prize. Her book Founding Gardeners was on the New York Times bestseller list. Andrea has written for many newspapers including the Guardian, LA Times and New York Times. She was the Eccles British Library Writer in Residence 2013 and a three-time fellow of the International Center for Jefferson Studies at Monticello.