The Unexpected Truth About Animals by Lucy Cooke 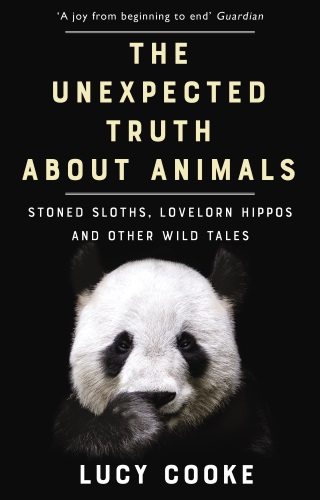 History is full of strange animal stories invented by the brightest and most influential, from Aristotle to Disney. But when it comes to understanding animals, we’ve got a long way to go. Whether we’re watching a viral video of romping baby pandas or looking at a picture of penguins ‘holding hands’, we often project our own values – innocence, abstinence, hard work – onto animals. So you’ve probably never considered that moose get drunk and that penguins are notorious cheats.

In The Unexpected Truth About Animals, zoologist Lucy Cooke unravels many such myths – that eels are born from sand, that swallows hibernate under water, and that bears gave birth to formless lumps that are licked into shape by their mothers – to show that the stories we create reveal as much about us as they do about the animals.

Lucy Cooke is an award-winning broadcaster and filmmaker with a Masters in Zoology from Oxford University (where she was tutored by Richard Dawkins). She began her career working behind the scenes in television comedy but is now an increasingly familiar face on natural history TV, having presented prime time series for BBC, ITV and National Geographic. She writes for the Telegraph and the Huffington Post. Her previous book (A Little Book of Sloth) was a New York Times bestseller.