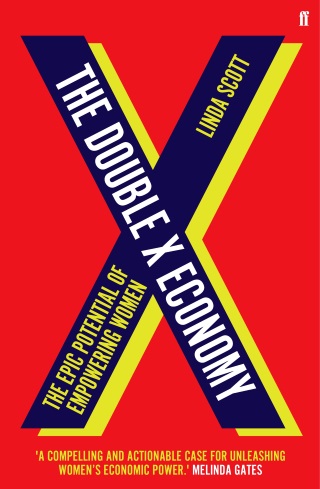 The first book to demonstrate the true impact of women’s economic exclusion – and map out the exciting potential for change.

Linda Scott coined the term ‘Double X Economy’ to describe the global economy of women – not just as consumers or workers, but as investors, donors and entrepreneurs.

This book reveals how economic subordination and exclusion are systemic for women in the developing and the developed worlds; from elite business schools in the US to remote villages in Ghana, the same mechanisms are at work, preventing women from becoming equal participants in the economy. The effects are far-reaching, not only checking economic growth, stifling opportunities and keeping people poor, but damaging both the environment and human wellbeing.

The book shows how the same economic mechanisms that systematically keep women dependent and unequal exist in every nation. Male monopoly on capital. Sexual assault in the workplace. Earnings and family assets appropriated by males. Bigotry about brain power. An unjustified burden of servitude. The motherhood penalty.

The Double X Economy’s exclusions also incur huge costs for entire societies: hunger, human trafficking and domestic violence have human consequences, but also significant economic impact. And there’s an opportunity cost: women who work are the most reliable source of economic growth. But there is also a great opportunity.

Linda Scott is an internationally renowned expert on women’s economic development, and Emeritus DP World Professor for Entrepreneurship and Innovation at the University of Oxford. She is founder of the Power Shift Forum for Women in the World Economy, which brings together leaders from across sectors, and founder and senior advisor of the Global Business Coalition for Women’s Economic Empowerment, a consortium of major multinationals working to empower women in developing countries. She was formerly Senior Consulting Fellow at Chatham House and a frequent consultant to the World Bank Group on gender economics. Linda Scott’s work has been covered by The Economist, BBC, New York Times, Guardian and Financial Times, and Prospect magazine has twice listed her among their Top 25 global thinkers.