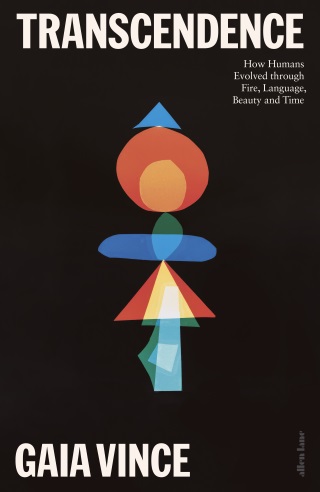 An entirely fresh view of the human story, Vince makes the convincing case that it is the combination of our genes, environments and cultures, working in rich feedback loops over deep millennia, that have bootstrapped this weak ape’s unlikely dominance and success. Drawing on new insights from cutting-edge science, Vince show how it is our collective human culture, rather than individual intelligence, that makes us smart.

This, then, is the story of how we have made ourselves, and are continuing to do so – why, as well as how, a smart ape transformed into an iPhone-using ready meal diner who watches reality TV. Focusing on the evolution of our uses of energy, information, meaning and time, Vince shows how today we are all part of an unfolding social project in which we are becoming ever closer, more mixed, less tribal, and entering a new chapter in our evolution on a planet we are rapidly changing and which will, in turn, change us. How will we adapt?

Gaia Vince is a science writer and broadcaster interested in the interplay between humans and the planetary environment. She has held senior editorial posts at Nature and New Scientist, and her writing has featured in newspapers and magazines including the Guardian, The Times and Scientific American. She also writes and presents science programmes for radio and television. Her research takes her across the world: she has visited more than 60 countries, lived in three and is currently based in London.

In 2015, she became the first woman to win the Royal Society Science Book of the Year Prize solo for her debut, Adventures in the Anthropocene: A Journey to the Heart of the Planet We Made.