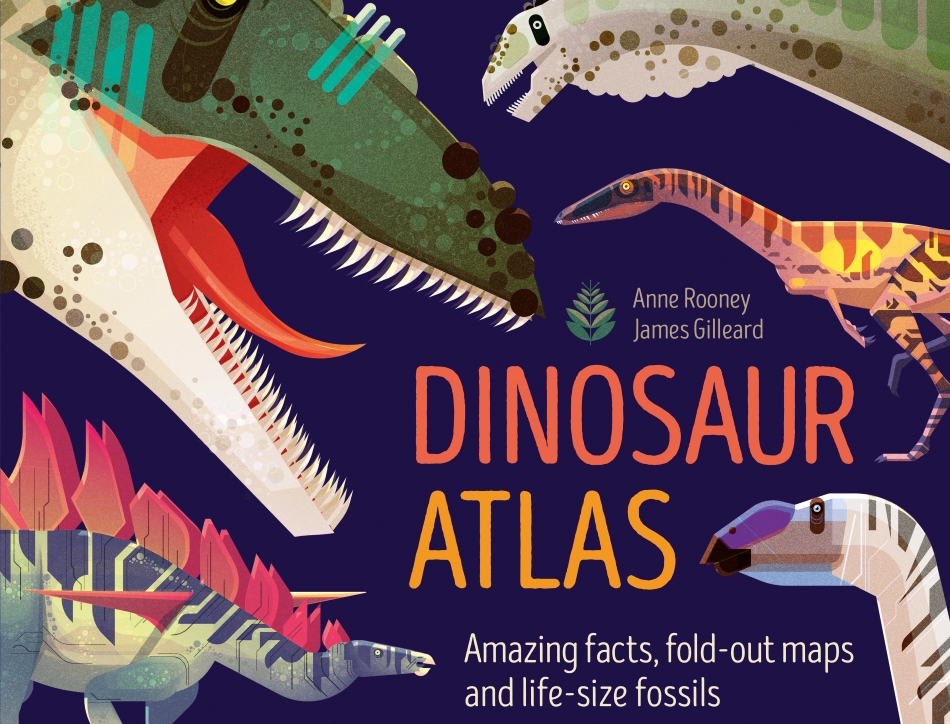 It’s time to explore lost prehistoric lands and the huge variety of dinosaurs that roamed them with Lonely Planet Kids’ Dinosaur Atlas. Kids can unfold maps and lift the flaps to reveal amazing illustrations and facts about how dinosaurs lived and where they were discovered. They’ll also learn about famous paleontologists and measure themselves against life-size bones, teeth and claws.

From giant sauropods and horned dinosaurs, to duckbills and ferocious theropods, kids will discover how the dinosaurs evolved, what they looked like and how they hunted. Plus, we’ve included the latest finds and theories.

Created in consultation with Dr David Button, a dinosaur expert at the North Carolina Museum of Natural Sciences, and featuring iconic illustrations by James Gilleard.

Chair of the judges Professor Yadvinder Malhi FRS, said: “Dinosaur books are always a favourite, and there are many out there on the bookshelves. Many are beautifully illustrated but tend to just end up being a catalogue of dinosaur species. This wonderfully illustrated and laid-out book is refreshingly different. For one thing, being an atlas, it covers the geography of which dinosaurs were found where, and where particular discoveries were made, and has great life-size illustrations. The artwork is fresh and engaging, and overall the reader comes away with a much fuller understanding the dinosaur world, and how we have come to find out about this world.”

Anne Rooney is an over-enthusiastic author who has written more than 200 books for children and adults, with a focus on science and the history of science. She lives in Cambridge, where she was until recently Royal Literary Fund Writing Fellow at Newnham College, University of Cambridge. She really likes travel adventures that are a bit dangerous – but has survived intact so far, despite a few volcano-burns, encounters with deadly jellyfish, and getting lost. Her favourite dinosaur is Kentrosaurus — specifically, the Kentrosaurus in the Naturkunde Museum in Berlin. Kentrosaurus is a bit bigger than a large cow, but a lot spikier!