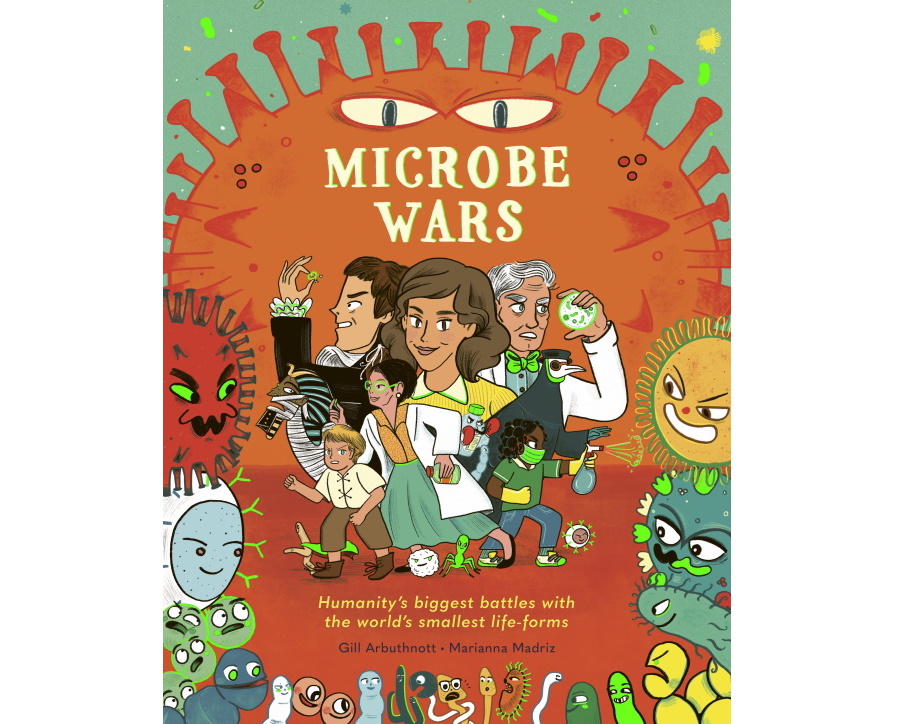 Since the beginning of human history, we have been at war with an invisible enemy. Microbes.

These tiny organisms can spread terrible diseases. Ramses V, Pharaoh of Egypt may have died of smallpox; in 1918 a new illness called the Spanish Flu killed 50 million people in 18 months; and in the fourteenth century the black death killed more than a quarter of the population. In more recent times Covid 19 has changed the way we live.

But there's good news too! Human scientists have learned to fight back. In the 18th century Edward Jenner developed the first vaccine, and since the 1930s penicillin has saved millions of lives. And many microbes are helpful. They help our digestion, give us powerful medicines and even food.

This is the Microbe Wars. It's good, it's bad sometimes it's ugly, but it's a scientific journey filled with innovation and hope.

Dr Tiffany Taylor said: “This book is a fantastic introduction into the world of the microscopic. It covers a broad range of topics with brilliant humour. It cleverly uses storytelling and comic book formats to not only tell the science, but also the people and the history behind microbiological discoveries. I challenge anyone who thinks bacteria and viruses are boring to read this book!”

Gill Arbuthnott lives in Edinburgh and has been a published author since 2003. She writes fiction and non-fiction and reckons that being a children's author is probably the best job in the world. Her recent books Dark Spell, Beneath and What Makes You You? have been shortlisted for major UK book awards. A former science teacher, she loves mixing scientific fact with wonderful anecdotes of people and places.

Marianna Madriz is an illustrator originally from Venezuela currently living in North London. She is the illustrator of Frida Kahlo and Stephen Hawking (Little Guide to Great Lives, Laurence King) and her other clients include Templar, AQUILA Magazine, Anorak Magazine, Skillshare and the AOI.