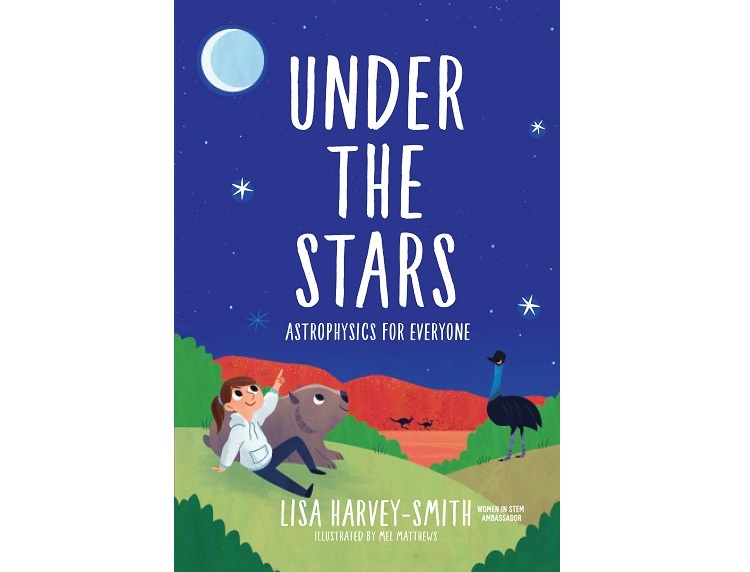 Under the Stars: Astrophysics for Everyone transports curious kids and inquisitive adults on an incredible journey through the night sky. Explore our solar system from the comfort of your cosy bedroom. Find out why the sky is blue. Fly around a black hole and peer inside! Learn why Jupiter has stripes.

When astrophysicist Lisa Harvey-Smith isn't looking skyward, she is answering the smart questions of school kids. Her engaging storytelling in this colourfully illustrated book brings the night sky to life, giving amazing new perspectives to young explorers who are always asking, 'Why?'

Primary school teacher Robin James said: "The writing is spot on - the content is engaging and conversational; children will feel they're in safe hands and that the writer 'gets' them."

Lisa Harvey-Smith is a British-Australian astrophysicist, the Australian Government’s Women in STEM Ambassador and Professor at the University of New South Wales. Her astrophysics research studies the birth and death of stars, cosmic magnetic fields and galaxies. She has a PhD from Jodrell Bank Observatory in the UK and worked at research institutes in the Netherlands, Germany and later Australia, where she became a Research Group Leader at the Australia Telescope National Facility. She was previously the Project Scientist for the Square Kilometre Array (SKA) and later, for the Australian SKA Pathfinder (ASKAP), during which time she played a leading role in the development of this global telescope project and its pathfinder. She has written several books on astrophysics; 'When Galaxies Collide', 'Under the Stars: Astrophysics for Everyone', 'The Secret Life of Stars', 'Aliens and Other Worlds', 'Little Book, BIG Universe' and contributed a chapter to 'Patrick Moore's Yearbook of Astronomy'.

Mel Matthews is an illustrator who lives and works on the beautiful Mornington Peninsula in Victoria. She studied fine art and illustration, before becoming a full-time illustrator, creating artwork for books, games and products of all kinds.