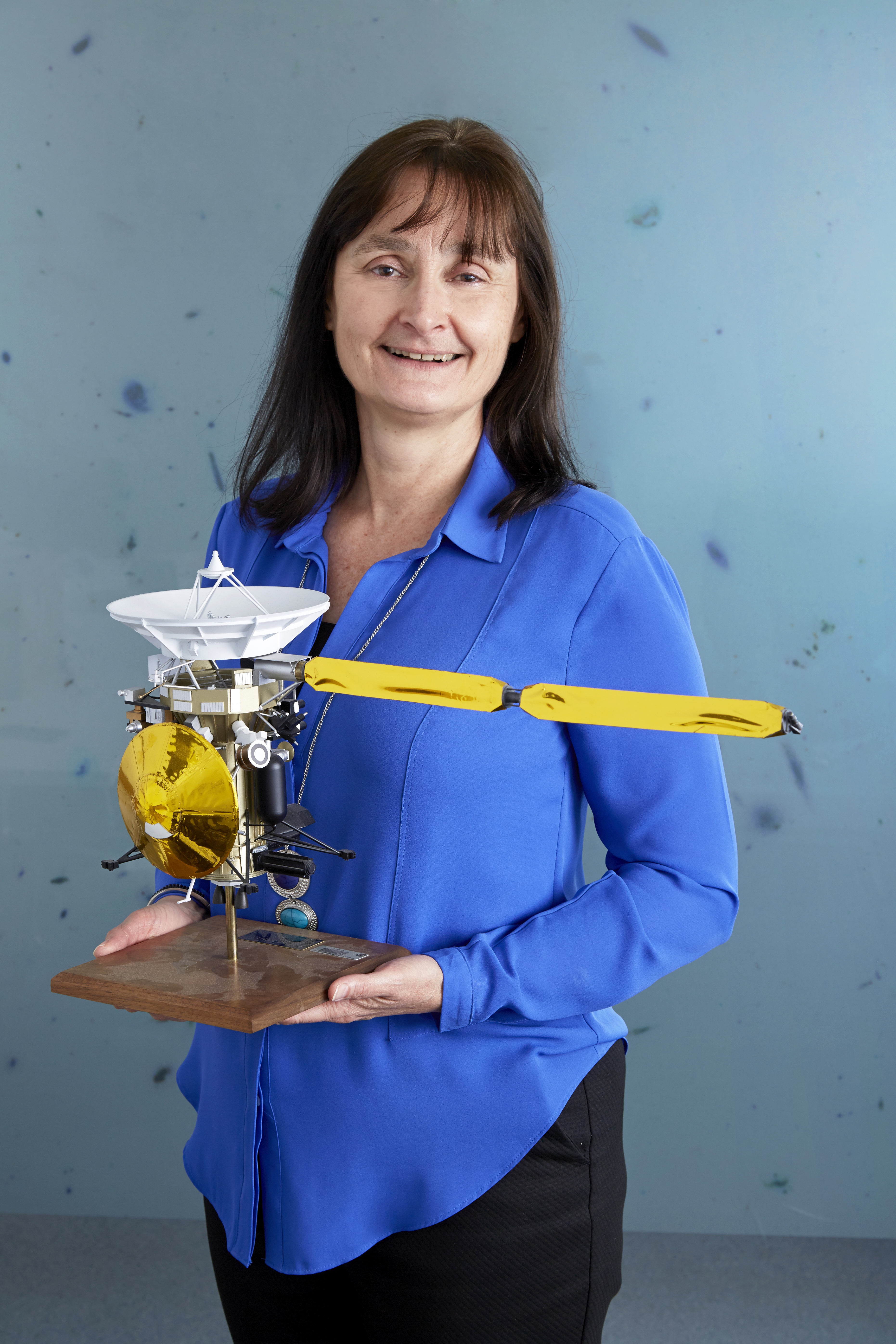 Professor Michele Dougherty is a pioneering space physicist and a member of the team who carried out unmanned exploratory missions to Saturn. She will also be part of a mission to explore Jupiter in 2032.

Her work contributed to the exciting discovery of an atmosphere containing water and hydrocarbons around Saturn’s moon Enceladus — opening up new possibilities in the search for life.

As principal investigator for the magnetometer (MAG) instrument on board the Cassini spacecraft, Professor Dougherty joined the mission to explore Saturn and its neighbourhood. She and her team measured the level and direction of magnetic materials from the environment around Saturn and the moons visited by Cassini. Her innovative use of magnetic field data has therefore had an enormous impact on our understanding of the moons in our solar system.

Professor Dougherty was the Science Definition Team Lead for the European Space Agency’s JUICE spacecraft, scheduled to go into orbit around Jupiter’s largest moon, Ganymede, in 2032. She was also selected as Principal Investigator for JUICE’s magnetometer.

The Research Professorship provides long term support for world-class senior researchers allowing them to focus on their research for extended periods of time. It is the Society’s premier senior award.

“The Research Professorship has been crucial for me. It really has allowed me to focus on the science and it will allow us to obtain the spectacular results that we long planned for and for which the instruments were designed.”