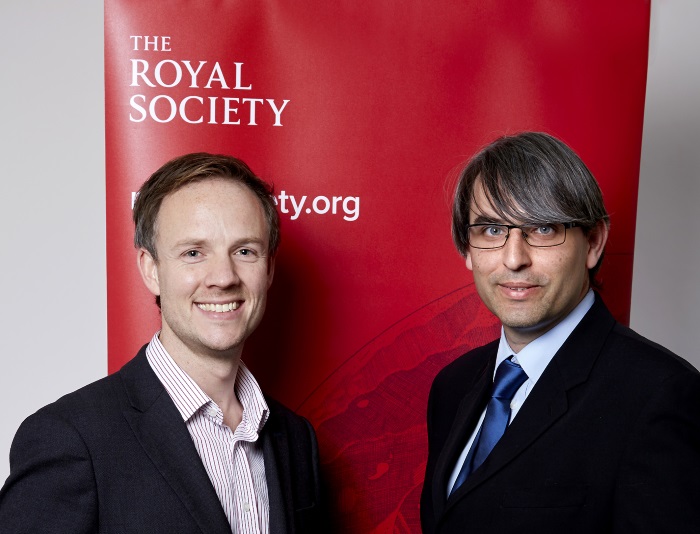 I am very pleased to have gained an understanding of how science is used to inform policy and some of the challenges involved.  I never realized how we as scientists could take part and contribute to the discussions in parliament, and I now fully intend to make use of these available avenues.

Dr Jason Lotay is a Reader in Mathematics at University College London. In November 2015 Jason was paired with Dr Tom Salter, Technical Oversight Manager at the Department of Transport.

On his week in Westminster, Jason said:

‘While shadowing Tom, I had the chance to get an overview of his work, and learned that a key aspect of his role is to present the results of scientific research in a way which is accessible to ministers, primarily by writing brief reports of no more than two pages.  In addition to the difficulty of making technical material understandable for non-experts in such a concise way, it was clear that a major challenge for Tom was to communicate the uncertainty inherent in the research outcomes, and this was certainly a recurring theme when I met others working at the interface of science and policy.  As well as sitting in on some of Tom’s meetings, he arranged a number of opportunities for me to speak with other civil servants in detail both within and outside the Department for Transport.  I was thus able to obtain an informative cross section of different ways science is used ultimately to inform the recommendations and reports civil servants make, which covered a large range from operational procedures to underpinning and frontier research.

Along with the excellent and informative programme of talks and workshops organised by the Royal Society as part of the Week in Westminster, this experience really opened my eyes to the workings of parliament and the civil service.  I am very pleased to have gained an understanding of how science is used to inform policy and some of the challenges involved.  I never realized how we as scientists could take part and contribute to the discussions in parliament, and I now fully intend to make use of these available avenues.

For the reciprocal part of the scheme, I was able to show Tom a wide variety of relevant research currently underway at UCL, including in mathematics, the Centre for Advanced Spatial Analysis, data science at the Alan Turing Institute and crime science at the Jill Dando Institute.   Tom thoroughly enjoyed the day, including making some potentially useful contacts.  Tom and I are going to keep in touch, with a future visit planned for me to learn more about the role of science in Westminster.

I really appreciated the opportunity to be on the scheme, and I have no hesitation in recommending everyone, from both academia and Westminster, to apply to take part.’