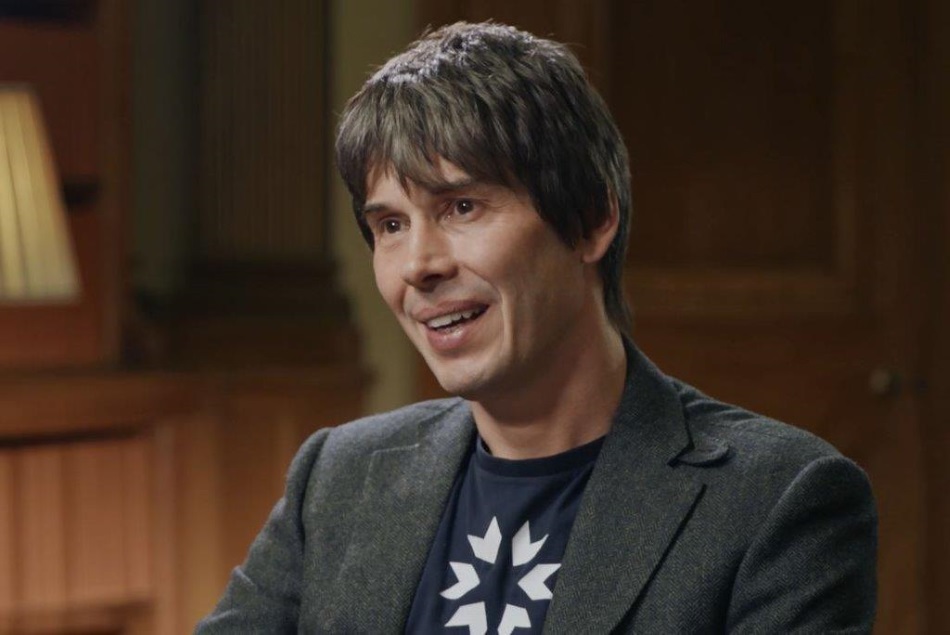 Together on screen for the first time, Sir David Attenborough is the first of Professor Brian Cox’s People of Science in a brand new six-part series. Attenborough, discussing Charles Darwin, tells how “the founding father of scientific zoology and botany” inspired him and reads from a first edition of On the Origin of Species, from the Society’s archives. The series from the Royal Society is available as part of the Tomorrow’s World collaboration with the BBC.

In the unique encounter, the household names Attenborough and Cox discuss Darwin’s legacy and how he embarked on his career through his “absolutely mad obsession with collecting beetles”. This was the start of Darwin building up his ideas of genealogies through understanding the differences between the beetles. Attenborough believes this was the trigger which led Darwin to “extraordinary thoughts”.

Highlights from the film include Attenborough sharing his delight at a sentence in one of Darwin’s letters as he tries to understand the puzzle of the peacock’s elaborate plumage, "Every time I see a peacock's tail......I feel sick”. And at the close of the film Attenborough reads from a first edition of Charles Darwin’s On the Origin of Species (1859). He shares his admiration for Darwin as a “wonderful writer, whose books weren’t full of jargon, but instead full of argument and observation of which any person could read and it would make absolute sense”.

Whilst sharing a stage at an award ceremony, Attenborough hailed Cox as his natural successor, saying “If I had a torch I would hand it to Brian Cox”. Now, the Royal Society’s series unites the country’s most-loved naturalist and favourite physicist in a series full of historical surprises and archival delights.

Professor Brian Cox, the Royal Society Professor for Public Engagement in Science and host of the series says, “People of Science opens up a treasure trove of archival riches and tales of scientists from the past. It’s been a fascinating experience to work with Fellows of the Royal Society to tell these stories. For me, and I hope for the audience, these films deliver a rare insight into the people behind some of the world’s greatest scientific discoveries. Some are household names, some less well known, but all have changed our lives. From Darwin’s singular obsession with beetles to Alice Lee’s use of statistics to refute the notion that men, with larger average skull size, are more intelligent than women, these stories illuminate the history of science in a novel and exciting way.

“I would encourage everyone to watch modern day Fellows of the Royal Society explain what their scientific heroes mean to them, and the impact they made on the world. Science ignites curiosity, evokes questions and inspires, and this series will do just that.”

People of Science features Brian Cox delving into the Royal Society’s rich archive, which holds a fascinating wealth of science artefacts, to tell the story of extraordinary scientists, their science and how it is still influencing our understanding of the world today. The Society’s world-class collection – the UK’s leading history of science archive – include scientific papers, death masks and busts of famous figures, illustrations and paintings, scientific instruments and rare first edition books.

Brian Cox is joined in the rest of the videos by Royal Society Fellows Dame Uta Frith, Sir David Spiegelhalter, Dame Julia Higgins, Bill Bryson and Dame Sally Davies, who also reveal their favourite scientists in history. Each episode showcases artefacts from the Royal Society’s archive, helping to bring their stories alive. After premiering on iPlayer, from 12 February the series will be available on The Royal Society’s website and YouTube. The archive items featured in each film can be explored on Google’s Cultural Institute.

Keith Moore, Head of Library and Centre for History at the Royal Society adds, “We love to look behind the steel doors of the Royal Society’s archives and what better way to do it than by having flesh-and-blood scientists tell the very human stories of their great predecessors? Eavesdropping on conversations between Brian Cox and a host of other leading scientists allows us all to discover the intimate and sometimes surprising connections between key researchers of the here-and-now and their scientific heritage. What could be more inspiring?”

Amongst the other extraordinary stories told in the series is that of an early mathematician and statistician, Alice Lee, Dame Uta Frith’s chosen scientist. It is an uplifting tale of a woman in science who made quite a few bold moves during her time. Including walking into a conference in Dublin full of male anatomists and taking their head measurements to disprove the theory of the time that a larger head meant higher intelligence.

Bill Bryson’s film about Benjamin Franklin speculates that it is thanks to Franklin taking inspiration from the Royal Society that the chief of state of the United States is called ‘President’. After the War of Independence, and in the midst of establishing a government, it was not known what to call the new national leader. Franklin, a Fellow of the Society, is said to have suggested the name 'President' because that was the title of the head of the Royal Society in London.