Royal Society climate briefings outline what the IPCC’s special reports on land, and the ocean and cryosphere mean for the UK 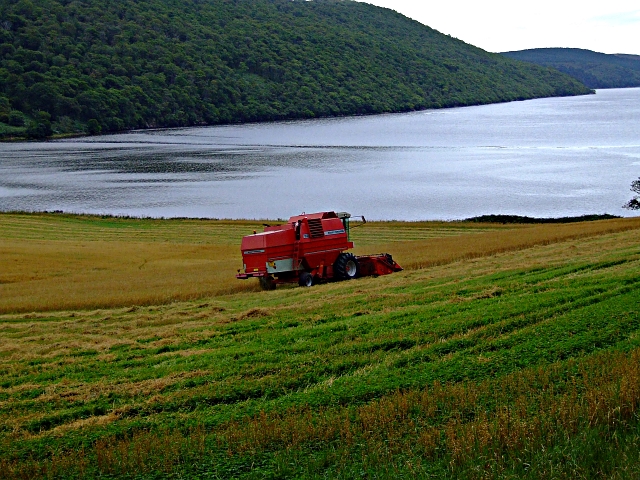 A pair of climate briefings have been published today by the Royal Society in response to the findings of recent IPCC (Intergovernmental Panel on Climate Change) special reports.

The briefings examine the links between land and climate change, and the impact of warming temperatures on the ocean and cryosphere (the parts of the Earth that are covered in ice).

They provide an overview of the key findings of the IPCC and their implications for Britain and Northern Ireland and identify steps UK policymakers can take, domestically and internationally, to address the highlighted risks and opportunities.

Approximately 72% of the UK’s land area is used for agriculture. The briefing on climate change and land recognises that improving land use and management practices will be “critical” to achieving the UK’s 2050 net-zero emissions target, while also providing co-benefits for health and wellbeing in both urban and rural areas.

Sea level change will be one of the major impacts of climate change on the UK. The Committee on Climate Change has said that the UK’s current coastal adaptations are insufficient considering sea level rise of at least 1m is a “near certainty” – perhaps before 2100.

Adaptations and priority actions identified in the briefing on the ocean and cryosphere include:

These actions are based on a major review of the scientific literature and the input of the Society’s expert working groups, chaired by Professor Georgina Mace FRS (University College London) and Professor Eric Wolff FRS (Cambridge University).

The briefings conclude that these adaptions by the UK must be made in parallel with persuading all nations to pursue the reductions in greenhouse gas emissions that are needed to minimise climate change.

They are published in the wake of the Royal Society manifesto for science, which calls on the leaders of the UK’s political parties to put in place the policies and investment to tackle climate challenges.

Tomorrow (19 November) representatives from the three largest UK-wide parties will participate in a hustings event at the Society where they will be quizzed on how they intend to address these calls and capitalise on the UK’s outstanding scientific strengths.

Venki Ramaskrishnan, President of the Royal Society, said: “These briefings are a blueprint for policymakers in the UK as they look to deliver on our commitments to hit net-zero greenhouse gas emissions by 2050 and adapt to climate change impacts.

“Action now is vital to limit the worst effects of climate change. These are already evident in the increasing frequency and severity of wildfires, tropical storms and heavy rainfall in some areas.

“But there are also opportunities from taking the actions outlined in these briefings, such as providing new habitats for wildlife, improving human health and wellbeing, and creating new industries around low carbon energy or sustainability.

“While the UK will not be immune to the impacts of climate change, we should also recognise other regions may be even harder hit.

“By encouraging sustainability in our trade deals, using research and aid funding to develop flood adaptations, and sharing our expertise on reforestation and sustainable management of fisheries and agriculture we can use our influence for the benefit of all.”