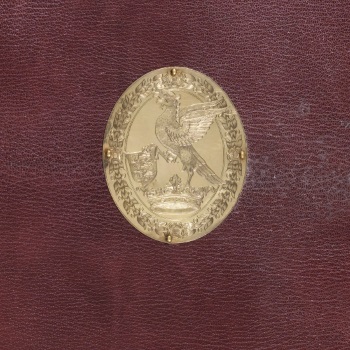 More than 60 exceptional scientists from around the world have been elected Fellows and Foreign Members of the Royal Society. The 51 Fellows and 10 Foreign Members along with one Honorary Fellow have been selected for their outstanding contributions to science. Their work spans multiple disciplines, from using AI to better detect strokes to developing new technologies for improved energy storage and expanding our understanding of genetic cancer risk factors in non-European populations.

As well as excellence in research, many of this year’s intake have made outstanding contributions in industry, policy and higher education.

“Through their careers so far, these researchers have helped further our understanding of human disease, biodiversity loss and the origins of the universe. I am also pleased to see so many new Fellows working in areas likely to have a transformative impact on our society over this century, from new materials and energy technologies to synthetic biology and artificial intelligence. I look forward to seeing what great things they will achieve in the years ahead.”

Among this year’s Fellows and Foreign Members:

Sandra Knapp is elected as a Fellow, she has made major contributions to our understanding of plant evolution and tropical biodiversity, and has been a ceaseless public advocate for its conservation and appreciation. Ros Rickaby also becomes a Fellow and has made fundamental advances in understanding the evolution of the Earth’s surface, and the processes that continue to shape our environment today. Carlos Nobre joins as a Foreign Member; he is recognised for his work on biosphere-atmosphere interactions and the climate impacts of Amazon deforestation and his leadership of programmes that have shaped Brazilian science. Rachel Wood has made fundamental contributions to our understanding of the origin and evolution of important reef ecosystems, she becomes a Fellow. She is also among six alumni from the Society’s prestigious University Research Fellowship and Dorothy Hodgkin Fellowship schemes represented in this year’s intake of new Fellows.

Tedros Ghebreyesus, Director General of the World Health Organization, has been made an Honorary Fellow in recognition of an outstanding career which has benefitted health worldwide. Menelas Pangalos joins the Fellowship having made outstanding contributions to applied life science as an academic neuroscientist and a pharmaceutical leader who has transformed AstraZeneca’s R&D pipeline. Andrew Rambaut also joins as a Fellow. He spearheaded the use of pathogen genome sequences to track, understand and respond to virus epidemics – work that has proved transformative during the COVID-19 pandemic.

Yvonne Rogers is elected a Fellow for her pioneering contributions to the field of Ubiquitous Computing – interactive technologies and objects which can enhance our daily work and activities. Joining her as Fellows are Ilya Sutskever, who has been a major contributor to several of the most disruptive advances in artificial intelligence, from object recognition to natural language processing; and Paul Seymour, a renowned graph theorist whose vast and definitive contributions to structural graph theory have rewritten the textbooks of the area

Elected as Fellows, Richard Gilbertson has transformed our understanding of the origins and pathogenesis paediatric brain tumours, improving their classifiction and treatment and providing new theraputic targets. Kate Storey has made seminal discoveries about embryonic development of the vertebrate spinal cord. Peter Goadsby has laid the scientific foundations for research into migraine and headaches, interrogating their mechanisms and developing new treatments. Irene Miguel-Aliaga has transformed our understanding of how organs communicate with one another and the importance of the gut-brain axis for regulating metabolism. Her insights have implications for the treatment and prevention of metabolic illnesses, such as diabetes and obesity, and may help explain why some diseases are more common in women, and why men and women respond differently to therapies.

Zeblon Vilakazi has made significant contributions to nuclear and particle physics in experiments at CERN and, as Vice Chancellor at the University of the Witwatersrand, has continued to build capacity for experimental particle physics and quantum computing in Sub-Saharan Africa. Chemist Richard Robson founded the field of metallic organic frameworks (MOFs), tailor-made structures with a range of applications in areas such as gas sorption and catalysis. He becomes a Fellow. Michael Thackeray joins the Fellowship for the discovery, design, and development of lithium metal oxide electrodes for lithium-ion battery systems – including technologies likely to be widely adopted in electric vehicles over the next decade. Michael Graetzel has been elected as a Foreign Member for his advances in photovoltaic technology, which are improving the yields of solar hydrogen generation using cheap and abundant light absorbers.

Also elected as Foreign Members, George Gao, whose contributions in the field of infection and immunity, particularly relating to emerging viral infections, have helped to improve our understanding of major threats to human health, and Maria Leptin, whose leadership in European science – currently as President of the European Research Council – builds on her research contributions across fields from immunity to genetics.

Statistics about this year’s intake of Fellows:

The full list of the newly elected Fellows and Foreign Members of the Royal Society is, in alphabetical order: