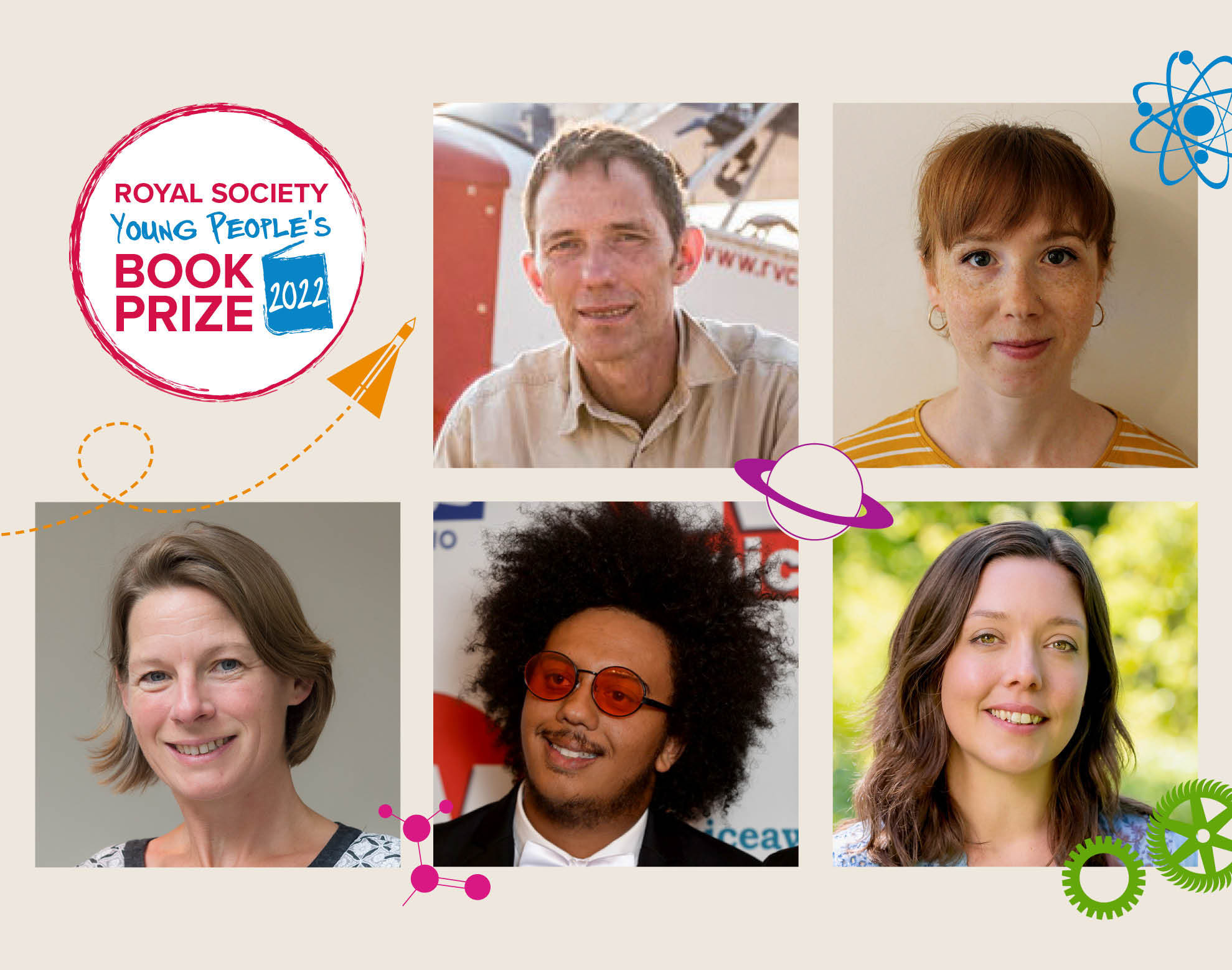 Judges for the prize, an annual celebration of the best science book for under-14s, will include Bafta-nominated writer, Benidorm star, and children’s author, Nathan Bryon, as well as Izzi Howell – who won the prize in 2020 with her book Cats React to Science Facts.

They will be joined by Dorothy Hodgkin Research Fellow, and children's author Dr Tiffany Taylor, primary school science teacher Dr Katharine Pemberton, and this year’s judging chair, Professor Alan Wilson, a Fellow of the Royal Society who has travelled the globe to study the movement of animals, from racehorses to cheetahs.

The adult judges will whittle down the longlist of 60 books to a shortlist of just six which will be sent out to thousands of young people, drawn from more than 700 schools and youth groups across the UK, to cast their vote for the winner.

Professor Alan Wilson, head of the Structure and Motion Lab at the Royal Veterinary Collage, University of London, said: “Some people believe that science is all about facts – but it is not.

“Science is about exploration, innovation and debate. Exciting science books can stimulate curiosity and discussion in young people honing these key life skills.”

Nathan Bryon, whose book LOOK UP! won the Waterstones Children’s Book Prize in 2022, said: “Because I am dyslexic, I struggled to read in school – and can still find it difficult to engage with books now.

“Science books that are funny and accessible but still convey important facts and messages would have really helped me.”

Dr Tiffany Taylor, an evolutionary biologist at the University of Bath and author of Little Letters – an introduction to genetics, said: “Science stems from curiosity - something that all children innately possess.

“Great science needs imagination to expand beyond what we already know, creativity to innovate new ways of experimentation and great storytelling to communicate your science to as many people as possible.”

The Young People's Book Prize aims to inspire young people to read about science and promotes the writing of excellent, accessible science, technology, engineering and maths (STEM) books for under-14s.

Last year’s winner, I am a book: I am a portal to the universe by Miriam Quick and Stefanie Posavec was an artistic exploration of the science all around us.