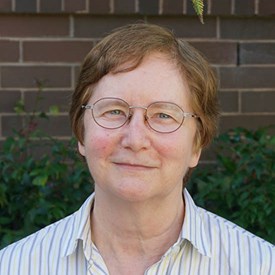 After studying languages and psychology in Melbourne, Berlin and Bonn, Anne Cutler embraced psycholinguistics when it emerged as an independent field, going on to complete her PhD in the discipline at the University of Texas. After postdoctoral fellowships at MIT and the University of Sussex, she worked as a research scientist at the MRC Applied Psychology Unit in Cambridge.

Subsequently, she became Director at the Max Planck Institute for Psycholinguistics in Nijmegen, the Netherlands, and Professor of Comparative Psycholinguistics at Radboud University. She is now Professor in the MARCS Institute, University of Western Sydney, Australia, and programme leader of the Australian Research Council Centre of Excellence in the Dynamics of Language.

Her research, summarised in the book Native Listening (2012), centres on human listeners’ recognition of spoken language, and in particular on how the brain’s processes of decoding speech are shaped by language-specific listening experience. Her work has received the Spinoza Prize of the Dutch Research Council and the International Speech Communication Association Medal, and she is an elected member of several scientific academies.