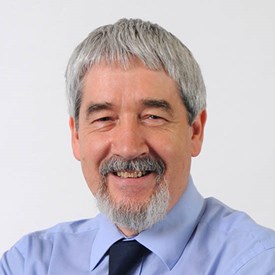 David Delpy introduced new methods for the in vivo measurement of tissue oxygenation and metabolism, most notably in the field of near-infrared spectroscopy (NIRS). He devised novel ‘time-of–flight’ methods for measuring optical path lengths in tissue, enabling the non-invasive quantitation of important physiological and clinical variables, including cerebral blood flow and volume in ill new-born infants. He subsequently developed NIRS techniques to image blood oxygenation in the brain, breast and muscle. He also pioneered the use of nuclear magnetic resonance spectroscopy for studying cerebral metabolism, obtaining with colleagues the first spectral data from the human brain enabling investigation of the pathogenesis, prevention and treatment of brain injury. He earlier pioneered simultaneous and continuous transcutaneous blood O2 and CO2 analysis in infants, thereby much improving the management of respiratory illnesses. He was at UCL from 1972–2007, the final seven years as Vice-Provost (Research). He was CEO of the Engineering & Physical Sciences Research Council (2007–2014) and is currently Chair of the Defence Scientific Advisory Council. He was awarded a CBE in 2014.