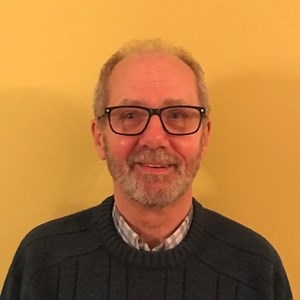 Fred graduated from the University of Dundee in 1980, following which he worked in mining and mineral exploration overseas. On return to the UK, Fred undertook an MSc in Engineering Geology at Imperial College. After this, he worked for several Engineering Consultants and was involved in a number of projects across the UK, including the excavation of a major road tunnel on the North Wales coast road.

Fred was married in 1988 and shortly afterwards, he decided on a change of career direction and, after completing a PGCE, he taught Chemistry and Science in schools in England and Scotland for some 10 years.

In 1999, Fred joined SSERC, a Scottish national STEM advisory and professional development service, as the Chemistry Adviser. In 2003, he was appointed CEO, a position he held until he retired in 2017. In this role, Fred worked with local and national politicians, local authority officers, the Scottish Government, government agencies and several charitable trusts. He was also a member of national committees and chair of a number of advisory boards. During Fred's time at SSERC, the organisation became established as the leading provider of professional development for school STEM education professionals in Scotland.

A former Chartered Member of the Institute of Occupational Safety and Health, the Association of Directors of Education in Scotland and Fellow of the Geological Society for some 40 years, in October 2017, he joined the Board of The Primary Science Teaching Trust, as a Trustee and became Chair in June 2020.