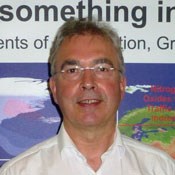 John P. Burrows has contributed to our scientific understanding of air pollution, the ozone layer, the upper atmosphere, biogeochemistry and climate change. He and his co-workers have studied the kinetics and spectroscopy of key atmospheric free radicals and gases, developed innovative in situ trace atmospheric measurement techniques, and pioneered the passive remote sensing of atmospheric constituents and surface parameters. Working closely with DLR, ESA and NASA, he initiated and led scientifically the SCIAMACHY Project, which resulted in the satellite based measurements of the instruments GOME on ESA ERS-2 (1995-2011), SCIAMACHY on ESA Envisat (2002 -2012), GOME-2 on EUMETSAT Metop Series (2006-2022), and the concepts GeoSCIA/GeoTROPE, now developed as EU Copernicus Sentinel 4, and CarbonSat/CarbonSat Constellation.