Clearing the air: how to tackle air quality and climate change?

Add to Calendar 03/24/16 06:30 PM 03/24/16 08:00 PM United Kingdom (GMT) Clearing the air: how to tackle air quality and climate change? <p>PolicyLab asking: what are the options for both improving air quality and mitigating climate change in the UK; and how can the trade-offs be best managed?</p> The Royal Society, London, SW1Y 5AG
Back to events
Copy linkCopied to clipboard Facebook Twitter
Jump to
Overview

PolicyLab asking: what are the options for both improving air quality and mitigating climate change in the UK; and how can the trade-offs be best managed?

Air pollution is a major public health issue. In 2012 the WHO estimated that 3.7 million premature deaths were attributable to ambient air pollution worldwide. Air pollution also has negative impacts on agriculture and the environment. The problem affects countries all around the world and the UK is not an exception. It is estimated that anthropogenic air pollution costs the UK over £16 billion per year. In 2015, the UK received an order from the Supreme Court to cut emissions of nitrogen dioxide (NO2) after 88 % of UK zones were shown to be in breach of EU limits.

Pollutants associated with poor air quality and greenhouse gas pollutants typically result from similar man-made sources. However, while some science and policy approaches can be beneficial to both climate change and air quality, other approaches to tackle one problem may be detrimental to the other and trade-offs between climate change mitigation and improving air quality are often overlooked. For example, one of the causes of high levels of nitrogen oxides (NOx) in the UK is the large number of diesel vehicles; a number that has increased since diesel vehicles were incentivised, partly because of their low CO2 emissions and climate change mitigating potential.

With a focus on anthropogenic pollution sources, this PolicyLab asks: what are the options for both improving air quality and mitigating climate change in the UK; and how can the trade-offs be best managed?

Professor David Fowler FRS chaired a panel of speakers including: 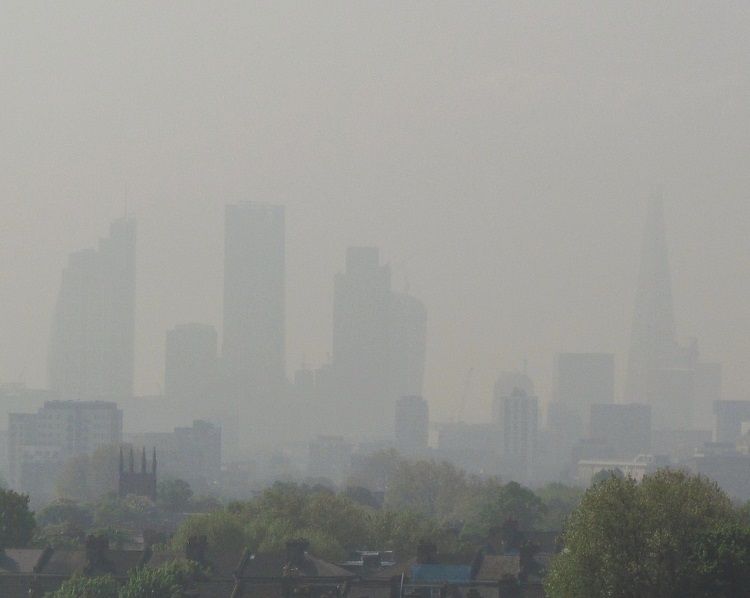