Photovoltaic solar energy: from the photoelectric effect to global power generation and beyond

Add to Calendar 04/26/17 06:30 PM 04/26/17 07:30 PM United Kingdom (GMT) Photovoltaic solar energy: from the photoelectric effect to global power generation and beyond <p>Kavli Medal and Lecture 2017 given by <a href="https://royalsociety.org/science-events-and-lectures/2017/04/kavli-lecture/">Professor Henry Snaith FRS</a></p> The Royal Society, London, SW1Y 5AG
Back to events
Copy linkCopied to clipboard Facebook Twitter
Jump to
Overview

Watch a key lecture which explores advancements of a new family of photovoltaic materials that promise to deliver a more efficient energy supply.

The sun has been powering our planet for eons and solar energy is the route power source for the majority of life on earth. Human civilisation relies almost entirely on solar energy, but as a primary source of fuel we have thus far capitalised upon burning ancient stores of solar energy in the form of carbonized remains of plant or microorganisms, i.e. coal and oil. However, the sudden release of these ancient stores of energy comes with the price of releasing the carbon and other pollutants back into the atmosphere, which is driving both global warming and dangerously unhealthy air quality.

For the last 60 years scientist and engineers have been striving to make electronic devices which convert sun light directly into usable electricity. These photovoltaic cells are now so efficient that over the last 10 years, the cost of producing electricity from sun light is now cheaper in some places in the world than the production of electricity from coal fired power stations.

We are now therefore at a tipping point, where increased future power generation capacity will be dominated by photovoltaics, due to economics rather than environmental concerns. This lecture will explore key discoveries and advancements of a new family of photovoltaic materials that have emerged over the last few years and promise to deliver the next generation of more efficient and cheaper photovoltaic cells.

The video of the lecture can be seen above, and the Q&A video is available on youtube.

The Kavli Medal and Lecture is awarded biennially (in odd years) for excellence in all fields of science and engineering relevant to the environment or energy. The winner received a medal of bronze gilt, and a gift of £1,000. The winner is invited to deliver a public lecture on their research at the Society.

Professor Henry Snaith FRS was awarded the Kavli Medal and Lecture 2017 for his discovery and development  of perovskite solar cells which promise to dramatically increase the efficiency and reduce cost of solar energy. 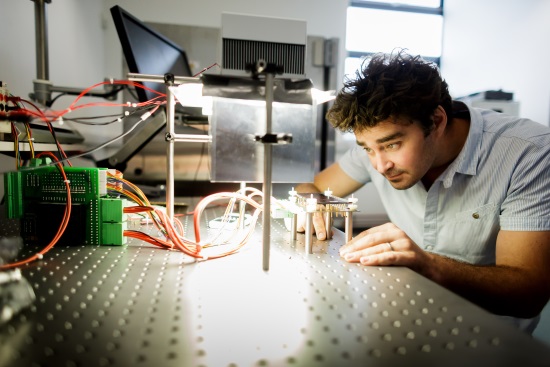