Automatic understanding of the visual world

One of the central problems of artificial intelligence is machine perception: the ability to understand the visual world based on input from sensors such as cameras. In this talk, Dr Schmid will present recent progress of her team in this direction, starting with presenting results on how to generate additional training data using weak annotations and synthetic data. Next, she will discuss her team's results for action recognition in videos, which moves away from state-of-the-art frame-based approaches and improves classification and localization by relying on joint information from humans and objects over time. Such a model can also be adapted to behavior prediction for self-driving cars. Finally, Dr Schmid will present recent work on grasping with a robot arm based on learning long-horizon manipulations with a hierarchy of RL and imitation-based skills.

The Royal Society Milner Award and Lecture, supported by Microsoft Research, is the premier European award for outstanding achievement in computer science. It is awarded to candidates at the peak of their career who have made a substantial contribution to computer science in Europe, with the strategic aim of supporting European researchers and institutes. The recipient is a European researcher or researcher who has been resident in Europe for 12 months or more, and is chosen by the Council of the Royal Society on the recommendation of the Milner Award Committee. The Committee is made up of Fellows of the Royal Society, Members of the Académie des sciences (France) and Members of Leopoldina (Germany). The award is named in honour of Professor Robin Milner FRS (1934-2010), a pioneer in computer science. The medal is of bronze, is awarded annually and is accompanied by a gift of £5,000.

Dr Cordelia Schmid was awarded the Royal Society Milner Award and Lecture for her work in computer vision and her fundamental contributions to the representation of images and videos for visual recognition. 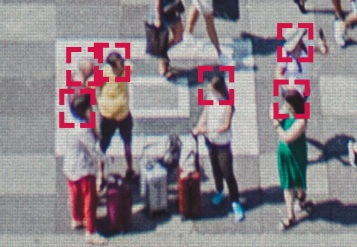