Can you spare 10 minutes to help us improve our website?
Yes I can helpNo thanks
Skip to content
Scientific meeting

This meeting will explore the emerging area of artificial cell science. Specifically, bottom-up synthetic biology approaches will be discussed, where molecular building blocks are brought together to yield protocells that mimic properties of biological systems. Biomimetic assemblies that traverse lengthscales (from sub-cellular structures to proto-tissues) will be covered. There will be a focus on potential applications of this research area.

This meeting is intended for researchers in relevant fields. 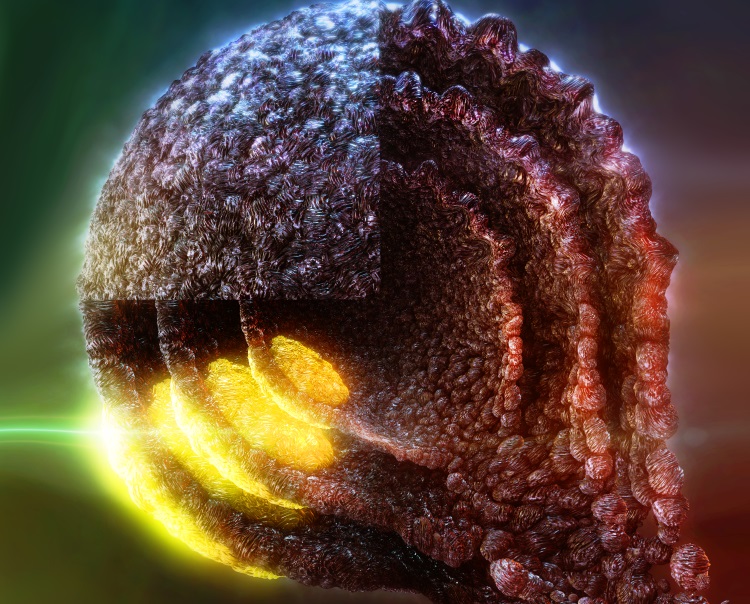 Dr Yuval Elani is a UKRI Future Leaders Fellow and Lecturer at the Department of Chemical Engineering in Imperial College London. He works at the forefront of Artificial Cell Engineering and leads a multi-disciplinary team of researchers whose research spans bottom-up synthetic biology, chemical biology, soft-matter, and opto/ microfluidics. Dr Elani holds a number of leadership roles, including being co-Founder of the fabriCELL centre, co-Director of the Membrane Biophysics Platform, and is on the leadership team of the Leverhulme Cellular Bionics Doctoral Scholarship Programme. Dr Elani has won a host of awards for research excellence, including the Rita and John Cornforth Medal (Royal Society of Chemistry), the Roscoe Medal (Parliamentary and Scientific Committee) and the President’s Medal for Outstanding Early Career Researcher (Imperial College). His research led to the World Economic Forum naming his as “One of the 50 most forward-thinking and advanced young scientific minds in the world”.

Tom McLeish FRS, is Professor of Natural Philosophy in the Department of Physics at the University of York, England, and is also affiliated to the University’s Centre for Medieval Studies and Humanities Research Centre. His scientific research in ‘soft matter and biological physics,’ draws on collaboration with chemists, engineers, and biologists to study relationships between molecular structure and emergent material properties, and was recognized by major awards in the USA and Europe. He currently leads the UK ‘Physics of Life’ network, and holds a 5-year personal research fellowship focusing on the physics of protein signaling and the self-assembly of silk fibres. Other academic interests include the framing of science, theology, society and history, and the theory of creativity in art and science, leading to the recent books Faith and Wisdom in Science (OUP 2014) and The Poetry and Music of Science (OUP 2019). He co-leads the Ordered Universe project, a large interdisciplinary re-examination of scientific treatises from the 13th century. He has also contributed to the philosophy of emergence (including the recent Routledge Handbook of Emergence 2019), and is embarking on a research project in cross-curricular education at York. From 2008 to 2014 he served as Pro-Vice-Chancellor for Research at Durham University and is currently Chair of the Royal Society’s Education Committee, and a trustee of the John Templeton Foundation.

Dr Annela Seddon is an Associate Professor of Physics at the University of Bristol and Director of the Bristol Centre for Functional Nanomaterials. Her research interests are in the use of x-ray and neutron scattering techniques for the study of soft materials, in particular those which change shape across the length scales. This includes the understanding of lipid membrane structure and mechanics, investigations into the mechanisms of formation of hydrogels, and more recently techniques for the control of materials fabrication including 3D and 4D printing of polymers and gels for shape responsive materials. She also has a national profile in science outreach and has undertaken extensive work with schools across the UK introducing GCSE students to interdisciplinary science topics, as well as speaking at a number of national and international science festivals.

Tom Ellis is a Professor in the Bioengineering Department of Imperial College London with >50 publications in synthetic biology including work in Cell, PNAS, Nature Methods and Nature Biotech. Tom joined Imperial as a group leader in 2010 at Europe’s first centre for synthetic biology and is now leading the UK’s effort in the world’s largest synthetic biology project, the Synthetic Yeast Genome (Sc2.0) Project. The Ellis Lab research focuses on design-led synthetic biology and synthetic genomics, especially developing tools to program microbes with new functions of sensing, logic and control for the sustainable production of biochemicals, cell-based therapies and new materials. Professor Ellis currently holds an EPSRC Early Career Engineering Fellowship for Growth and is Associate Faculty for Synthetic Genomics at the Wellcome Trust Sanger Institute, developing synthetic biology tools that can help understand the human genome.

John Seddon is Professor of Chemical Physics in the Chemistry Department, and Faculty Senior Tutor for Natural Sciences, at Imperial College London. His research interests lie in the areas of lipid physical chemistry, membrane biophysics and soft matter self-assembly. He is Chair of the RSC Faraday Standing Committee on Conferences, and Secretary of the European Biophysical Societies’ Association, which represents 31 national Biophysics Societies spanning Europe and the Middle East. He was awarded the Royal Society of Chemistry Rita and John Cornforth Award for 2017, the Imperial College President’s Award for Outstanding Research Team in 2015.