Add to Calendar 11/24/22 06:00 PM 11/24/22 07:30 PM United Kingdom (GMT) Philanthropy and leadership in a changing world - Science and Civilisation lecture 2022 <p>The 2022 Science and Civilisation lecture on "Philanthropy and Leadership in a Changing World" will be delivered by British medical researcher and director of the Wellcome Trust, Sir Jeremy Farrar OBE FRCP FMedSci FRS.</p>
Back to events
Copy linkCopied to clipboard Facebook Twitter
Jump to
Overview

Sir Jeremy Farrar OBE FMedSci FRS is the director of the Wellcome Trust, a global charitable foundation which supports science to solve urgent health challenges. His lecture will be the ninth in the ‘Science and Civilisation’ series, which was launched by Cara (the Council for At-Risk Academics) in 2013 and has been hosted from the outset by the Royal Society.

Jeremy’s whole career has been dedicated to protecting and improving global health. As a researcher he specialised in infectious diseases, and he has published more than 600 papers.

As well as sharing his expertise, he champions rapid investment in research on Covid-19 testing, treatments and vaccines, and argues that everyone (not only people who live in rich countries) should benefit equally from the discoveries that result.

The ‘Science and Civilisation’ lecture series takes its name from the title of the lecture given by Albert Einstein in October 1933 at the Royal Albert Hall, at a major fundraising event on behalf of Cara and three other organisations who had come together as the Refugee Assistance Fund, to help those being expelled from Germany by the Nazis. Cara’s Founding Statement was issued from the ‘Rooms of the Royal Society’ in Burlington House on 22 May 1933, and the two organisations have worked closely together ever since then.

The lecture will be livestreamed here and on YouTube. 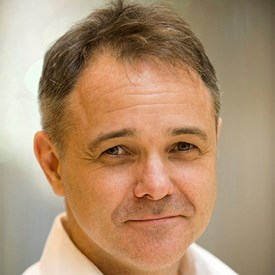