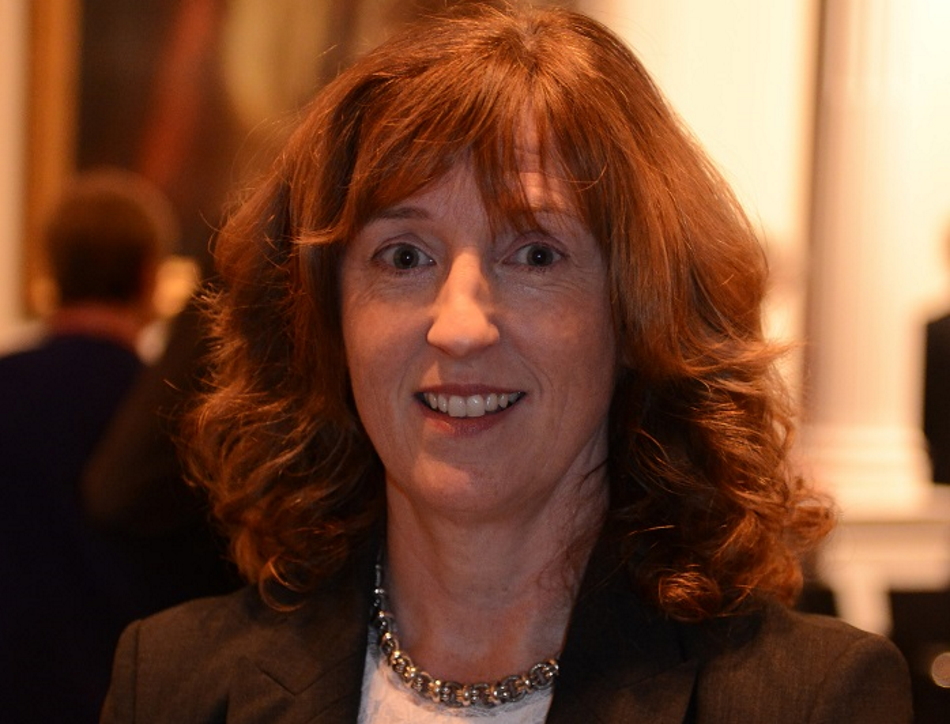 After her PhD, Aedín Cassidy felt strongly that she wanted to become a mum. However, the urge to start a family didn’t overshadow her plans for a career in nutrition research.

“I never thought of giving up and knew I had to continue working – to ‘keep my hand in’ – when the children were young, or I felt I’d lose my footing on the career ladder.”

Aedín worked three days a week for 11 years, to see her two children through primary school, and she strongly advocates for this approach.

“I think it’s really important to negotiate flexibility. I think a lot of people do well working part-time because you’re very focused during that time, and if you’re only working 80% hours you have the flexibility if you need it – for instance if your kids are sick.”

In 1996, the family moved from Cambridge to Surrey, where she took up a Lecturer position at the University of Surrey and was quickly promoted to Reader.

“When I moved to Surrey my independent career really started. It was tricky for my husband and I to juggle work and home life, but my mum was great; she’d fly over from Ireland to look after the children if I needed to travel. And we relied on a range of different childcare, including childminders and nannies.”

Life changes in an instant

The need for support became suddenly greater when, six days after starting a job at Unilever, Aedín had a stroke. She recovered quickly, but was left with an impairment to her peripheral vision.

“It was such a shock at 34. I only took nine days off because I was in a brand new job, but for a while I felt profoundly sad because everything had changed. That was when my resilience came in. Within six weeks I’d decided: there’s no going back to fully sighted, I am who I am and I have to move forward. Don’t look over your shoulder, just keep moving forward.”

And move forward she did. Five years later, Aedín became Professor and Head of the Department of Nutrition at the University of East Anglia to continue her life’s work investigating the benefits of plant-based foods and flavonoids on health. It’s a field of interest that was sown at a young age, after her father had a heart attack and the family began thinking much more carefully about the food on their table.

Today, Aedín is particularly interested in how the human body responds to the flavonoid group anthocyanins, found particularly in blackcurrants, blackberries, blueberries and strawberries. Her epidemiological and clinical research – in collaboration with researchers at Harvard – has added to the evidence that these foods can help to protect from cardiovascular disease and type 2 diabetes.

As Aedín’s transatlantic research collaboration developed, she had to travel to the States frequently. While the children were still young, the family employed an au pair, but as they got older and became more independent, things got easier.

“Gradually there was less of the multi-tasking, and I had fewer restrictions on travel – I didn’t have to keep trips as brief as possible, and I didn’t have the last-minute school requests to sort out before I went. I had always been very efficient, but it became so much easier with less of that to manage.”

Then, with her children grown up and moving into careers of their own, in 2019 Aedín had the opportunity to take an exciting job opportunity back in her home nation of Northern Ireland.

“Queen’s University Belfast approached me to take up the roles of Director for Interdisciplinary Research and Chair of Nutrition and Preventive Medicine in their Institute for Global Food Security. It was an amazing career opportunity, but also to come home, 32 years after I left, back to my culture. It’s something in my wildest dreams I didn’t think would happen, but it’s been absolutely fantastic.”

Aedín’s research has evolved to investigate the relative importance of metabolism and the gut microbiome on moderating the effect of flavonoids on people’s health: trying to understand why foods give some people more cardiovascular protection than others.

But this exciting academic move has come with compromises too, as Aedín’s family still live and work in England. She and her husband both agreed that her move was the right thing to do, but as it came just before the COVID-19 pandemic, it’s been harder than they anticipated.

“We’d planned to meet frequently, but due to the lockdowns I didn’t see my family for six months – we couldn’t even spend Christmas together. Despite that, the move has just been too good an opportunity to pass up. I’m lucky because I moved back into an immediate support network of family, friends and am surrounded by great work colleagues (albeit virtually for now).”