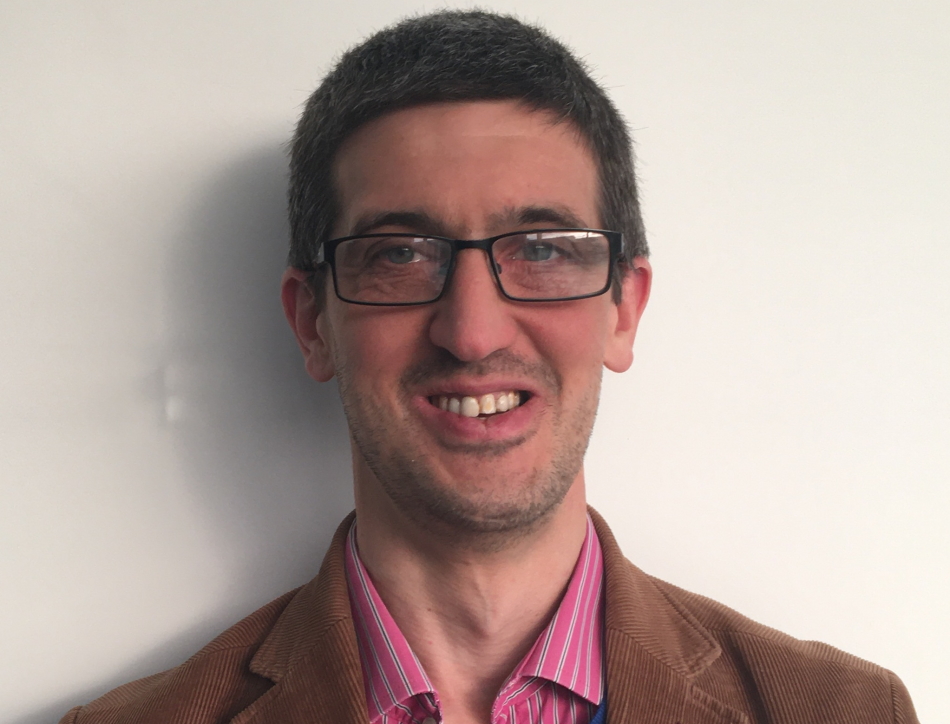 Al Lambourne is a materials engineer working in research and development of hybrid and electric propulsion for the aerospace industry.

“It is great to be in a career where I am contributing to cleaner technology for the world my children will inherit. When my girls were younger, it delighted me when they would point to an aeroplane in the sky and ask ‘did you make that one daddy?'”

It was a teacher who saw Al’s potential as an engineer and set him on the journey that’s brought him to such a cutting-edge field.

“I drifted about at school and college, and took completely the wrong A levels for a career in engineering, but I had a really inspiring DT teacher who used to let me hang around and tinker and fix stuff. I used to volunteer to help out in the Year 7 and 8 classes when I had free periods: helping to set up tools, change hacksaw blades, that sort of thing.”

His teacher put Al forward for an engineering taster weekend at Loughborough University, which really sparked his interest. He ended up doing his undergraduate degree there a few years later, beginning with a foundation year in maths, physics and chemistry to bring him up to speed.

“My confidence in myself just took off at university, and I managed to stretch out being a student for as long as possible. I began with the foundation year, had a year in industry, then – when I was in my first job – had a late-night conversation with an academic that led to me doing a PhD!”

To be near to his girlfriend (now wife), Al sought out a PhD in materials science in Oxford. His supervisor had good links with Rolls-Royce and, in 2007 having completed his DPhil, Al joined their Strategic Research Centre. He’s been working at Rolls-Royce ever since, now as Materials Specialist in electrical and magnetic materials at the Central Technology Group.

Al and his wife started their family shortly after he joined Rolls-Royce, and have two daughters. He has been proactive in carving out and protecting time to spend with them.

“I’ve been fortunate to be able to maintain a good work-life balance, thanks largely to my wife who decided not to go back to work when the children were young. It meant I was able to focus on work when I needed to, without worries about juggling childcare.

“My tip for others would be to make use of the government’s ‘unpaid parental leave’ scheme, which can give you up to four weeks additional leave a year per child. I plan weeks and months in advance to structure my deliverables and milestones around that extra holiday time. It’s a great scheme, I recommend it to everyone.”

Al prioritises having fun with the family at weekends. However, he sometimes finds it’s the children who are too busy for that.

“Children don’t always have the luxury of free time. I feel that weekends should be family time, but the girls have the niggling pressure of homework. Then there are the clubs during the week. It’s a bit of a challenge sometimes.”

In 2020, the family diary had to adapt as Al’s wife prepared to return to work part-time.

“During the COVID-19 lockdowns I blocked out two days a week – when my wife was working – with no meetings, so I could be headmaster of the Lambourne home school. As the weeks went on the girls got better at working independently, and I got better at holding my colleagues off, so the frantic running between homeschooling and work subsided.”

Like many families during the lockdowns, the Lambournes took their daily walk each afternoon. Al found it was hugely positive, both as an active break from work and for his relationship with his children.

“It was a really good chance to catch up and we had some really interesting chats about what they were learning: maths, slavery, healthy eating.”

This ritual became so important that when schools re-opened and Al was still working from home, he blocked out an hour every afternoon to walk and collect his youngest daughter from primary school.

“It gives me a break from the screen and it’s useful, and it’s a chance to catch up with my daughter. If we’re in the car, she barely says a word, but she’s incredibly chatty when we walk together.”