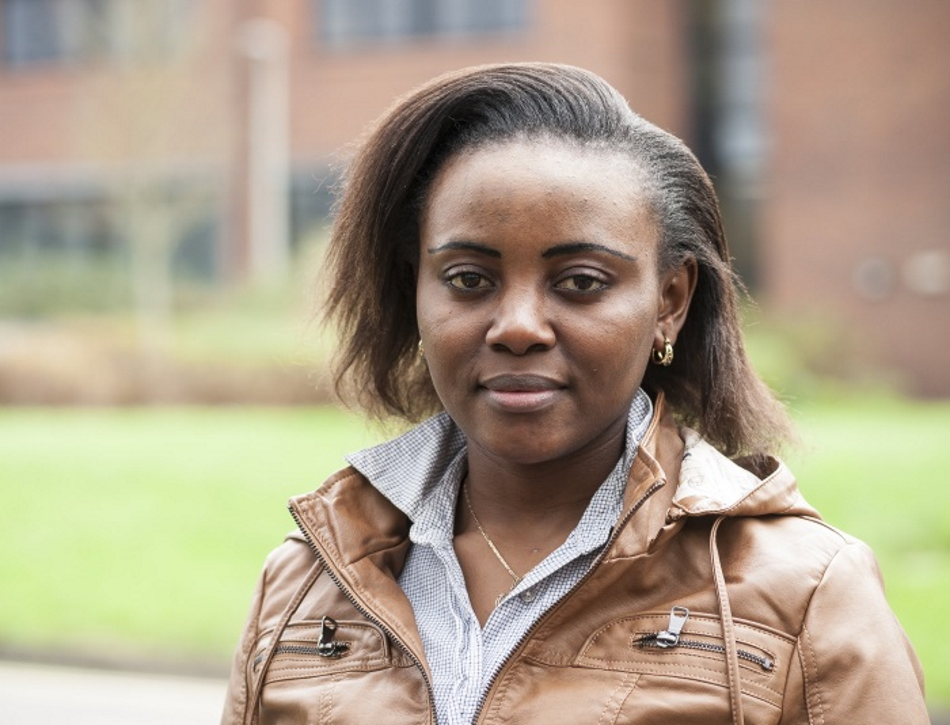 When the COVID-19 lockdown hit the UK in 2020, many people had to rapidly adapt to home-working. Not so for Chimene Daleu, who has regularly worked this way since 2011, when her circumstances changed during her PhD at the University of Reading.

“I had my daughter in my second year, and since I was a single mum and didn’t have parents nearby, it was really tough. But I had a lot of support from the University. They gave me everything I needed to work from home, and I was allowed to work there or in the office at my convenience.”

Despite this, Chimene – who had a second child in 2017 – found it difficult to adjust to lockdown.

“Compared to others I was already used to working at home, but what was very difficult was being in a confined environment with the kids. It took me about a month to adjust and get into a routine.”

Like many people, Chimene had to juggle homeschooling and parenting, while also trying to progress her research. Now a post-doctoral researcher, the enormous challenge of the situation was recognised by her funder and she successfully applied for an extension to her contract.

From Cameroon to Berkshire

Chimene is an atmospheric physicist, using numerical simulations to understand tropical climate. After initially being attracted to a career in engineering, a lecturer at the University of Douala in her native Cameroon convinced her to pursue physics.

“I’d got a first class Bachelor’s degree and he said I might be able to get a scholarship. I did my Master’s degree at the International Centre for Theoretical Physics in Italy and they thought I was good candidate to go into research. I got an offer to do a PhD at Reading, which is the best in my field.”

Chimene moved to the UK and began her research, and then her daughter came along, which made life more complicated. After a short maternity leave, Chimene tried to use a nursery for childcare, but found it didn’t suit her.

“It had no flexibility and sometimes I was finding myself paying for hours that I didn’t need, and I couldn’t afford it. I quit from that and used a private childminder, and it worked for me. I could change the programme week by week, it was much more convenient.”

With the help of friends – who sometimes babysat overnight to give her a break – and her aunt who visited from Germany a few times each year, Chimene managed to keep her research moving forward. She was determined to complete her PhD and write up within three years.

“I didn’t want to use the excuse that I had a daughter. I wanted to finish on time and continue my career in the same way someone without a child would. I was lucky that my daughter was a very nice baby. At 6pm I would bath her and feed her, and then from 7pm she would sleep all the way through for 12 hours, so I could study from about 8pm to midnight – I had everything at home I needed.”

The approach worked so well that Chimene’s thesis won her PhD Researcher of the Year at Reading in 2013 – a moment she describes as the highlight of her career so far.

“I was very happy. I knew I was working hard and doing my best but I didn’t know it was that good. I wasn’t underestimating myself, but it was a surprise that I was able to achieve that with a baby. Being the best in the department was a big achievement, but then my supervisor told me he was putting my thesis forward for award for the whole University. I really didn’t expect it.”

Getting the support you need

Though still managing everything as a single mother, Chimene says that having her son in 2017 felt easier. The pressure was reduced because she was no longer a student, and the University helped her to transition from maternity leave, gradually building up her hours to a full-time position.

Chimene has found the support and flexibility provided by her workplace to be invaluable, and her advice for others begins by urging honesty with your seniors.

“The most important thing is to make sure your manager or supervisor is aware. Let them and your colleagues know you’re struggling, don’t be scared of that. Don’t be scared to ask for help. Take advantage of every support your workplace offers. If you’re lucky enough to have a workplace that will let you work from home, take the opportunity.”