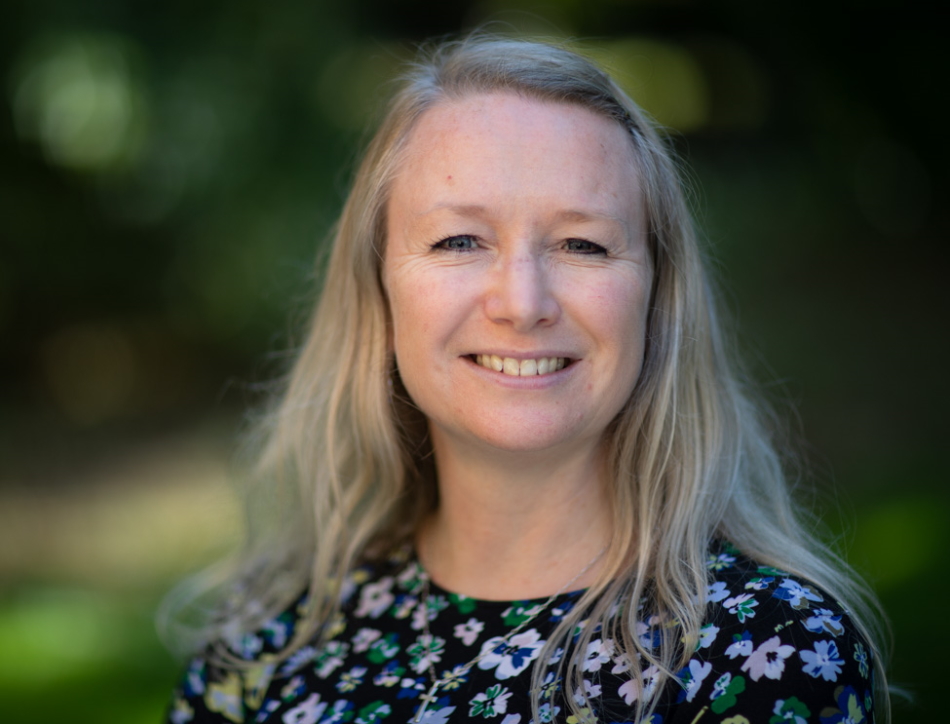 Seeking a career that involved working more closely with people, Judith Hillier stepped off the research career ladder after completing her PhD in physics. Having re-trained, she became a physics teacher at a local secondary school. Then life changed once more, a few years later, due to the birth of her son.

“Becoming a new parent was quite a challenge. I had no family close by and my husband – a research scientist – was running experiments 24/7, frequently working late into the night and at weekends. I looked at what he was doing, and at what I had been doing and at our child, and I thought, ‘I can’t juggle all of this’. My husband was earning more than me, and a career break would affect him more than me as a teacher, so it made sense for me to make a change. I’d never had a gap year, so I had a gap year.”

After her second child came along, Judith felt able to take a job lecturing trainee physics teachers at the University of Oxford.

“When I made the decision to leave academia after my PhD aged 24, I certainly didn’t think I’d end up working at Oxford by the time I was 30, but the teaching job was perfect. I worked part-time for three and a half years, which I really enjoyed as I was able to spend time with the children.”

In 2010, Judith re-entered the world of research alongside her teaching duties, with a lectureship in science education.

“I became interested in the process of becoming a physics teacher. My research aimed to develop a better understanding of what motivates physics graduates to enter the teaching profession, what professional development beginning physics teachers need, and how they learn to explain physics – essential for effective teaching.”

As Judith’s work went from part-time to full-time, so did the family’s childcare needs. Both children went to nursery or preschool each day. Judith would finish work at 4pm to be there for the children at the end of their day, and both she and her husband would work again after the children were in bed.

This daily pattern, which persisted through much of primary school, has evolved as the children moved into secondary school.

“The children mostly get themselves sorted and out of the house in the mornings, which means I can start work earlier. I’ve disciplined myself to close the laptop at 6pm, and then the evenings have more of a focus on family time. We eat our evening meal together and, now that they’re older, there’s a lot of laughter and conversation.”

As well as her research activity, Judith took on two leadership positions in 2016. She is lead tutor for the PGCE science course, with oversight for the science education staff and students, and Vice-President of Kellogg College, Oxford – the youngest person to hold the position. Both of these roles include an element of pastoral care and mentoring, and Judith has this advice for students on keeping a balance as you carve out a career:

“Nobody can do everything, so know what you want your focus to be and be brave in saying ‘no’ to things that take you away from that if you can. You might have to be a bit stubborn. If people decide to organise 5pm meetings or things like that which don’t fit into a reasonable expectation for family life, say something. I know it’s hard if you haven’t got a permanent position – the pressure is there – but find allies in people who have had to manage the juggle before, and they should back you up.”

Judith says that while academia has given her more flexibility in her working hours than teaching could, she finds the nature of her roles more mentally draining.

“What I’m doing is constantly changing – you have to operate at a huge number of different levels. I have to be extremely organised and keep lists all the time.”

But has parenting got easier as the children have got older, to compensate?

“Yes and no. There’s still a lot of organisation required. Especially right now – in March 2021 – when their day-to-day life at school has become more complex due to COVID-19: making sure they have face masks, getting their COVID tests done and reporting the results, keeping on top of the ever-changing information from school. I hope that will fall away soon.”