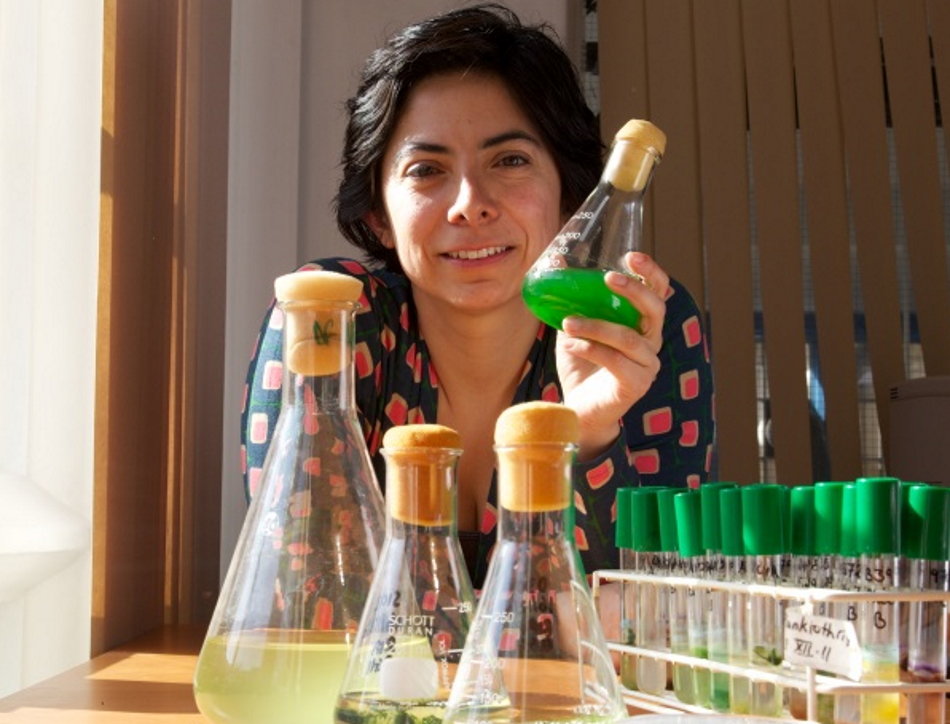 "Let go of your expectations and go at the pace that works for you."

When Patricia Sanchez-Baracaldo gives this advice, she is speaking from experience. Having weathered several setbacks in her career progression, she knows that while it is uncomfortable at the time, if you’re passionate about your field, you’ll bounce back.

After a highly successful PhD in plant evolutionary biology at the University of California, Berkeley, Patricia – who is Colombian – turned down an offer to continue her research with a post-doctoral fellowship at Yale. Instead, she moved to the UK to be with her partner.

"I thought if 'I don’t do it, I’m going to regret it'. All but one of my female role models at Berkeley were not women that I wanted to be: no children, science was their life, and they didn’t seem completely fulfilled."

However, in her new home city of Bristol, Patricia had to work very hard to establish herself in a new field – molecular ecology of photosynthetic bacteria – and it took time to get up to speed.

"It was very challenging to start again in a completely new subject after my PhD. Another time, I’d do things differently, not rush to follow my heart but to think about building my career first."

Once established in Bristol, and now married, Patricia and her husband had two children. The couple fell into traditional parenting roles after their first baby, with Patricia working part-time and taking on more of the childcare. After baby number two, she decided to take a career break.

It was during this time – with space and time to think in new ways – that Patricia was able to reassess where her career needed to go next.

"I did some consultancy on climate change research for the Colombian government. It was really interesting and I knew I needed to work in this area. Leaving science had given me a new perspective; it enabled me to completely start from zero, find a new angle, and build on what I’d done before. I realised I could take a climate change angle to my previous research: looking at how cyanobacteria co-evolved with the Earth’s biosphere, and how this played a role in past climatic events."

Patricia successfully applied to the Daphne Jackson Trust for a fellowship specifically designed to help researchers return to research after a career break. From here, she quickly secured a Royal Society Dorothy Hodgkin Fellowship for newly independent researchers who need a flexible working pattern.

"Once I’d decided to go back into science, I was fully committed. There was no way back, and getting the Dorothy Hodgkin Fellowship felt at the time like it showed I was meant to be in science."

This success also had a galvanising effect on Patricia in other ways.

"One of the drawbacks of academia is that sometimes there are no hard deadlines, so naturally I was always the parent to flex when the children needed us. Having had a career break and once I had the fellowship, I had expectations to fulfil, and I had targets to meet, so it enabled me to be more assertive for my work time. It was easier for me to say no."

Having re-immersed into research, Patricia had a further challenge when she was diagnosed with cancer in 2018. Initially, she continued to work through treatment, but eventually had to take a step back.

"It was so intense that in the end I just had to concentrate on treatment and getting better. I was finally cementing my return back to science – I’d gone back to full-time and the kids were older so I could travel to give talks – and then suddenly it was fifth gear back to first again. I did have anxiety about what would happen to my career, but I had people supporting me and I just needed to accept that I was ill and prioritise myself."

After coping with so many setbacks to her career, Patricia has a clear sense of what’s important in family life and in work, and has this advice:

"I’m a great believer in part-time work when the kids are small, if you can manage it financially. I treasured the days when I would get them from primary school and come home and just talk to them and hang out. It’s time you’ll never get back.

"If you can, work on things you feel passionate about, and know that to reach a particular point, you don’t have to go in a straight line."