Sir Harold Brewer Hartley (1878-1972) was a British physical chemist whose contributions to both academia and industry were facilitated by a meticulous experimental approach and unrivalled powers of persuasion. Despite being affected throughout the latter half of his career by severe arthritis that eventually left him unable to walk, he continued contributing to the advancement of science until the very end of his life. 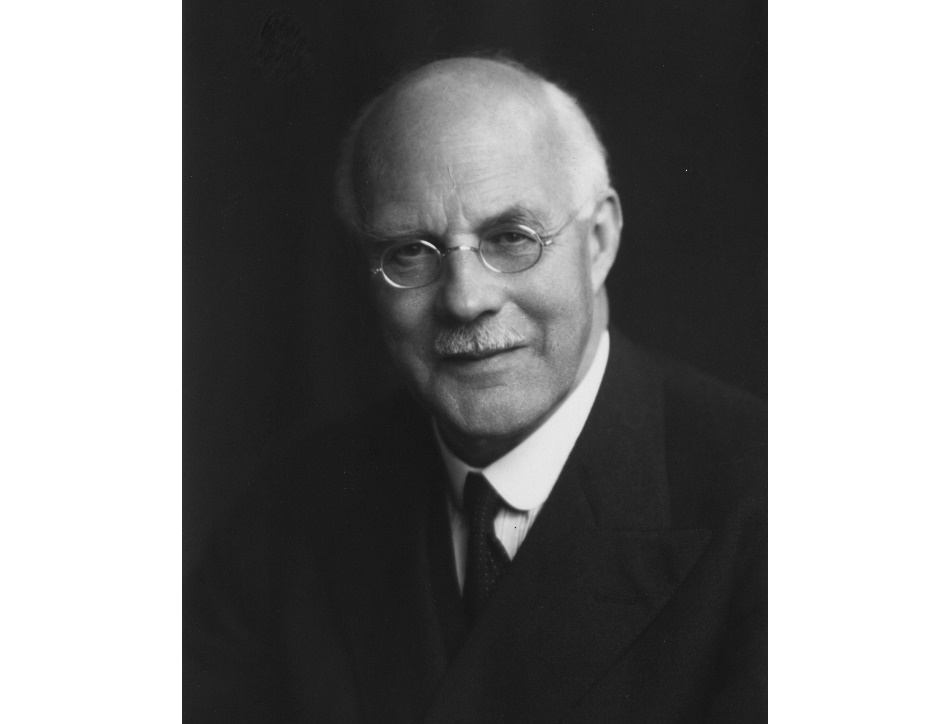 Sir Harold Brewer Hartley was born on 3 September 1878 in London. He developed an interest in science as a boy, his father's mineral collection inspiring an early fascination with the subject of mineralogy, before being introduced as a pupil at Dulwich College to the joys of chemistry.

In 1897, he won a scholarship to Balliol College at the University of Oxford, where, immediately after graduating with First Class Honours, he accepted a role as Tutorial Fellow. He was given responsibility for the teaching of physical chemistry, a relatively young subject without strong foundations in Oxford. As a teacher, he promoted to his students his own deeply held convictions about the value of precision in experimental techniques and the importance of understanding one's own place in the development of scientific thinking.

To chemical warfare and back again

Hartley remained at Balliol until his academic career was interrupted in 1914 by the outbreak of the First World War. With the threat of German gas attacks looming, he was summoned to the War Office and sent to France as Chemical Adviser to the Third Army. He quickly progressed in rank and seniority, going on to become Assistant Director of Gas Services at General Headquarters (GHQ) and ending his service as a highly decorated Brigadier-General in charge of the entire British Chemical Warfare Department.

Upon his return to Balliol in 1919, Hartley turned the focus of his research to the physical chemistry of electrolyte solutions. Over the following decade he pioneered a technique to study the conductivity of electrolytes in non-aqueous solvents; an achievement that led to his election as a Fellow of the Royal Society in 1926 and earned him a place in scientific history.

By 1930, the intrinsic appeal of electrochemical research had begun to wane for Hartley. At the age of 52 he left Oxford to embark upon an entirely new career, pioneering the transfer of science to industrial rail technology as Vice-President of the L.M.S. Railway.

His involvement in the transport industry was to continue for nearly 20 years, with trains being replaced by planes throughout his subsequent roles at various British airline companies. It was during these years that Hartley began to show the first signs of the arthritis that would later confine him to a wheelchair and, eventually, his bed.

The nature and origins of his disability remain unclear (a private man, Hartley was not inclined to talk publicly about such things) but have over the years been variously attributed to a pre-1914 fall from a mule, or to a blast injury he was reported to have sustained during the First World War.

Regardless of its cause, Hartley's arthritis certainly had a significant impact on his movement in later life. Accounts from 1944 onwards reference his use of one, and later two walking sticks to steady himself, while many of his subsequent lectures were delivered from a wheelchair.

Determined to let neither his age nor his physical condition diminish the extent of his intellectual vigour, Hartley used his retirement in 1971 as an opportunity to pursue even more of his interests.

He became an outspoken advocate for the application of chemical engineering and an early exponent of the role of biochemical engineering in global energy conservation, contributing greatly to the academic and industrial advancement of both fields in subsequent years.

Although his arthritis presented by then a considerable challenge, Hartley remained fiercely independent. As his biographical memoir describes: "He would accept help, but never for anything that he could do himself, which included hitching his trousers up from the floor with the crooks of two walking sticks."

When he was eventually confined to bed, it was a source of much frustration to him: "Such a bore", he wrote, "when I had so many pots on the boil." Nonetheless, the output of his mind remained prodigious; he continued to write lectures and receive visitors from his private room, which was described as a 'dynamo of activity'.

Hartley died on 9 September 1972, only a few days after celebrating his ninety-fourth birthday at a bedside reception attended by many of his friends and colleagues. It was later recalled by those present that in spite of his physical frailty: "His mind retained its clarity undiminished, his memory remained undimmed and his force seemed unabated."