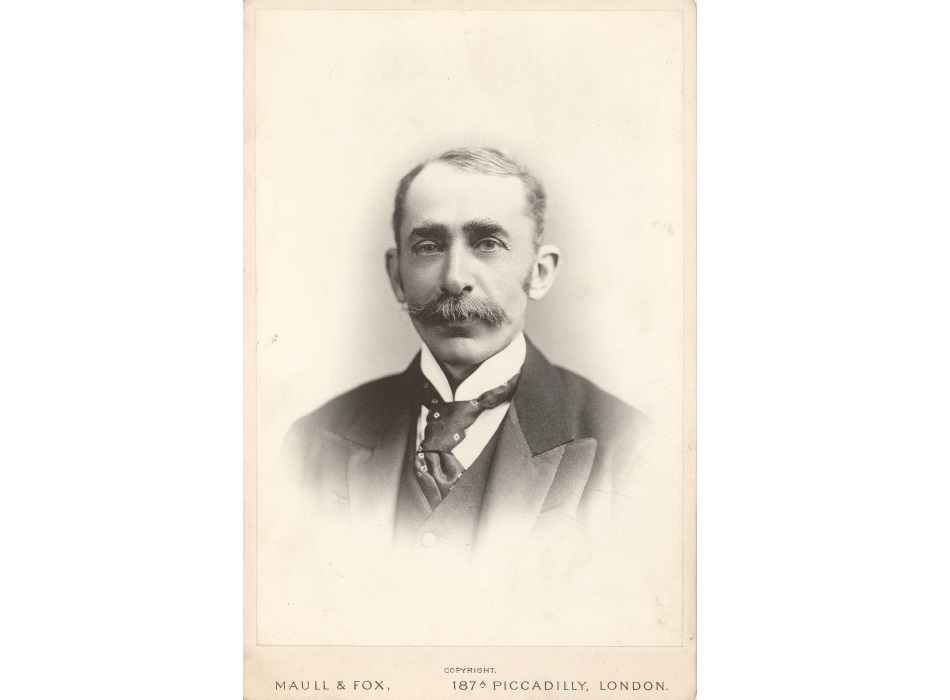 John Ambrose Fleming was a gifted young electrical engineer living in a boom time of discovery for his field. Born with a hearing impairment that worsened with age, he used the focus it gave him to embrace the era’s opportunities - inventing an electrical device that would change the world.

John Ambrose Fleming was born in Lancaster in 1849. His maternal grandparents lived in London, and on long train journeys to visit them he became fascinated by the workings of engines and railway machines.

Fleming didn’t come from a scientific family and his curiosity was frustrated by their educational style of memorising texts by heart. He wanted to work things out for himself. Building, fixing and crafting at home became a favourite hobby. He made a rudimentary camera out of a cigar box, and was delighted by its success.

His attention was drawn to the science of electricity when, as a teenager, Fleming attended a lecture and demonstration given by a friend of his father, who was an amateur scientist. Fleming was determined to replicate the experiments at home, and used his pocket money to purchase jam pots, zinc and copper plates, and sulphuric acid to make a voltaic battery.

After some initial failures, and with hints from the family friend, Fleming succeeded in his mission and created a working circuit. More electrical contraptions followed, and he would set up science lectures for his family – demonstrating the wonders of electricity by giving shocks to his audience!

An era of scientific opportunity

The Flemings were of modest means, so the young scientist’s ambition to become an engineer seemed financially impossible – in those days you had to pay to be apprenticed with a professional engineer. Instead, after gaining the requisite entrance qualification, he entered the University of London to study for a Bachelor of Science.

During his degree he took various administrative jobs to help the family finances, and upon graduation in 1870, decided to become a science teacher. However, as his memoir reveals, this career choice was a calculated stepping stone:

‘…the only way by which I could engage in scientific pursuits and follow the bent of my mind was by preparing myself for the teaching profession, so as ultimately to obtain time and opportunity for serious and original scientific research.’

He stuck to his plan, and over the following years he took various teaching and demonstrating jobs, interspersed – when he had saved sufficient funds – with periods of study in chemistry, physics and maths.

It was Fleming’s good fortune that, while he was becoming qualified, advances were made that would open a world of possibilities for a keen and talented young scientist. Most notably, success in transmitting and receiving human speech along a telegraph wire, and refinement of electric light generation to make it suitable for domestic lighting. Among other very famous names, Thomas Edison was involved in both advances.

Fleming was a practical man, interested in the application of science and technology. He jumped at the opportunity to become scientific advisor to fledgling ventures with the Edison Telephone Company and the Edison Electric Light Company.

As he built his reputation in the field of the newest electrical developments, in 1884 Fleming was invited to become the first Professor of Electrical Engineering at University College, London. He continued his commercial work in parallel, and involved his students in the design of electric lighting schemes for various towns and districts. Such a marriage of academia and application perfectly suited his teaching philosophy:

He was an excellent lecturer and science educator, though advancing deafness made it increasingly difficult for him to hear questions from his audience. His hearing impairment is said to have been congenital, but doesn’t seem to have troubled him until middle age, when it created a challenge for his participation at meetings and scientific discussions. Rather than avoiding them, Fleming took an assistant with him to take notes – allowing him not only to follow proceedings, but to robustly challenge points he disagreed with.

In the later years of his working life, Fleming used his engineering skills to fashion a microphone to which earphones were attached. It was positioned opposite him at his desk and guests were instructed to turn away from him and speak into it. This could be quite disconcerting for visitors during heated discussions, which Fleming – a sometimes combative character – was prone to.

While his deafness made two-way communication more difficult, one of Fleming’s students and later biographer – JT Macgregor-Morris – believes it had its benefits. His disability enabled him to ignore his surroundings at will, to focus totally on his writing and scientific problem solving.

With his applied approach, the fruit of Fleming’s long career were numerous important and practical contributions that improved and advanced the use of electricity. As scientific advisor to the Marconi Company, he designed the wireless telegraphy set-up that was installed at Poldhu in Cornwall. In 1901, signals transmitted from Poldhu were heard 1,800 miles away on the other side of the Atlantic. This was a world first that paved the way for all radio technology, but Fleming’s contribution was not the one he is most famed for.

Building on the work of Marconi and Edison, in 1904, Fleming invented the thermionic valve - an electrical rectifier that could turn alternating current into direct current. This opened up the possibilities for the use of electricity as a power supply and paved the way for the age of electronics. Modern versions of this device are today used inside the power supplies of almost all electronic equipment. Fleming’s diode also played a key role in the development of radio wave detection, which enabled the widespread introduction of commercial radio services.

Recognition for his contributions were many. He was made a Fellow of the Royal Society in 1892, and awarded the Hughes Medal in 1910. He retired in 1926, aged 76, and in his retirement received the Royal Society Michael Faraday Medal and a Knighthood for service to Science and Industry. Sir John Ambrose Fleming died in 1945, aged 95.