Sir John Cornforth (1917-2013) was an Australian–British chemist whose life and career were shaped by a hearing disorder that left him profoundly deaf by the age of 20. In 1975, he received a Nobel Prize for his work on the stereochemistry of enzyme-catalysed reactions. 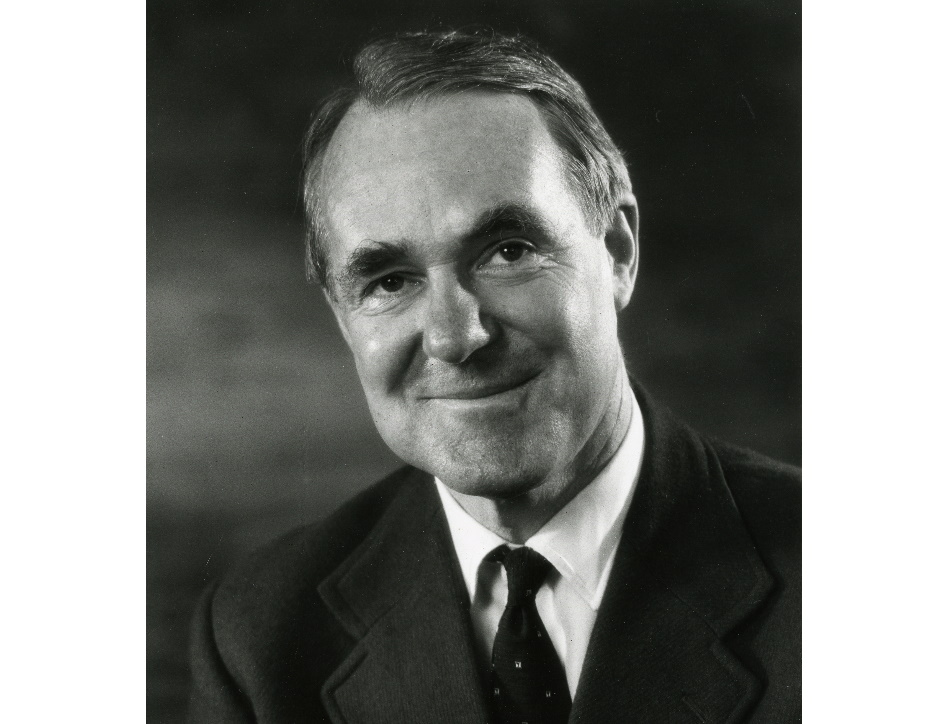 Birth of a chemist

Sir John Cornforth was born in 1917 in Sydney, Australia, the son of a British Classics teacher and an Australian nurse. At just ten years old he was diagnosed with otosclerosis, a progressive condition where the bones in the middle ear become deformed and stop transmitting sound.

An academically gifted student, Cornforth had aspired from an early age to become a teacher or a barrister. However, the knowledge that he was likely to eventually lose his hearing completely led him to instead consider professions in which deafness would present fewer challenges.

He became captivated by chemistry as a pupil at Sydney Boys' High School, inspired by his teacher Leonard ("Len") Basser. With his hearing already deteriorating, Cornforth relished the impact on his other senses of "the beauties of crystals and distilled liquids, the colours of dyes, and smells both good and bad."

After graduating from high school at the top of his class, Cornforth went to the University of Sydney to study for a Bachelor of Science degree. Unable to hear much during lectures, he focused on reading original research literature and was shocked to discover that much of what he had been taught up until that point had not been entirely correct. During an interview in 2002, he explained how he subsequently relied exclusively on primary resources, adding: "I don't believe a word I ever read in any textbook."

It was as an undergraduate that Cornforth embarked on his hugely productive lifelong partnership with his fellow undergraduate Rita Harradence, an exceptionally bright student who, like Cornforth, had been drawn to chemistry by an inspirational teacher at her school.

Having taught himself how to blow glass while conducting early experiments in his mother's laundry room, Cornforth was by then quite an accomplished glassblower – a useful skill at a time when glass laboratory equipment was often difficult to get hold of. When Harradence approached Cornforth to repair a broken Claisen flask, they bonded over a shared love of organic chemistry.

The pair soon became inseparable. As Cornforth's hearing continued to worsen, Harradence became increasingly adept at helping him to communicate. By the time the pair married two years later, Cornforth was completely deaf. Rita remained by his side throughout his career, acting as his 'ears' during scientific meetings and, as he acknowledged in his Nobel Prize acceptance speech many years later: "[easing] for me beyond measure the difficulties of communication that accompany deafness."

The cholesterol and penicillin years

With no facility available at the time in Australia to study for a PhD in chemistry, Cornforth was keen to pursue his studies abroad. Upon his receipt of an 1851 Exhibition Overseas Scholarship, he moved to the University of Oxford, where British chemist Sir Robert Robinson was working to synthesise cholesterol (a type of steroid that was in high demand but short supply, due to the complexity of its natural extraction process).

Cornforth joined Robinson's team in 1939, along with Harradence who had independently won the same scholarship. During the war, their efforts into steroid synthesis were halted to focus on the potential for mass production of the new 'miracle drug' Penicillin. Cornforth's significant contribution to the programme involved successfully synthesising D-penicillamine, a fragment representing nearly half the entire molecule.

In 1946, with the war over, Cornforth joined the Medical Research Council (MRC) to continue his earlier work on cholesterol. Working out of the National Institute for Medical Research (NIMR), in 1951 Cornforth became the first person in history to complete the total synthesis of a non-aromatic steroid.

Cornforth's exploration of the biological aspects of chemistry continued at the NIMR. He began a successful collaboration with Hungarian biologist George Popják, with whom he became a co-director of the Shell Milstead Laboratory of Chemical Enzymology. It was here, at a site known colloquially as the 'PopCorn' labs, that Cornforth turned his focus towards the three-dimensional structure ("stereochemistry") of enzyme-catalysed reactions.

This research, which paved the way for the development of modern cholesterol-lowering drugs, resulted in Cornforth being awarded the 1975 Nobel Prize for Chemistry alongside Vladimir Prelog. The press release that accompanied the award stated simply: "This subject is difficult to explain to the layman."

Cornforth left Milstead in 1975, to become Royal Society Research Professor at the University of Sussex, where he continued to work until he was nearly 90 years of age. He died in 2013, leaving an extraordinary academic legacy that will undoubtedly continue to inspire students of chemistry for many years to come.